Every year, the U.S. Substance Abuse and Mental Health Services Administration (SAMHSA) releases a nationwide study on tobacco, alcohol, and drug use, and the health issues associated with those things. This study is called the National Survey on Drug Use and Health,1  or NSDUH. This report shows where we’re seeing success—and where there is room for improvement—in terms of harm reduction, addiction treatment, and prevention. These stats help organizations and policymakers decide which areas to target for programs, funding and support.

2017’s results were released toward the end of last year. Here’s a summary of the most important findings, followed by four key takeaways to keep in mind as we enter 2019.

Marijuana use is growing…

Marijuana is increasingly in the spotlight as states revisit legislation and weigh its potential benefits and consequences. Marijuana use has grown slightly: The proportion of individuals reporting lifetime, past-year, and past-month marijuana use increased for some groups from 2016 to 2017, most noticeably among individuals age 21 to 25. Use has remained stable among younger age groups.

This increase in marijuana use may be connected to changing laws and social norms (even though the effects of marijuana still require more research). The perceived risks of smoking marijuana—including the potential for harm to individuals’ lungs, mind, and relationships—were down across all age groups, while the perceived availability of the drug was up from previous years.

While evidence regarding the harms and benefits of marijuana use is still mixed, the public should continue to be aware of how use is changing, and how we can support individuals who may or may not use the drug.

…but opioid use remains steady.

There have been significant state and national efforts to stem opioid availability. These efforts may be having some impact – the levels of illicit opioid use (including heroin and prescription pain reliever misuse) remained fairly steady over the past year. However, the epidemic is far from over. Of the almost 20 million individuals with a substance use disorder in 2017, more than 2 million qualified as having an opioid use disorder (also known as opioid addiction).

In 2017, the most common type of opioid use disorder (OUD) was addiction to pain relievers—almost 3 times more common than addiction to heroin. Looking deeper, the most common source of pain relievers for misuse was friends or family, illuminating the need for more appropriate prescribing and disposal of prescription opioids. The most commonly reported reason for past pain reliever misuse was ‘to relieve physical pain’ (63%), which was substantially more common than the next most reported reason, ‘to feel good or get high’ (13%).

This highlights a substantial pain problem in America that cannot be ignored when addressing the opioid crisis. Evidently, while opioid use remains steady, many people still grapple with the addiction caused by attempting to self-medicate, and may lack the necessary treatment and support for their pain.

Trends among youth are positive…

Rates of drug or alcohol prevention programs both inside and outside of schools have decreased over time for individuals 12 to 17 years old. Despite the fact that these programs are being used less, the average age of first use has gradually increased over the past 15 years for marijuana, cocaine, cigarettes, and alcohol. This trend is encouraging, demonstrating that more youth are holding off on using potentially harmful substances. So, instead of focusing on prevention (especially the kinds of prevention programs that are not rooted in evidence), there may now be a need for programs that change the culture around substance use and support healthy decision-making and accessing care as needed.

…however, we still have a long way to go with treatment.

In 2017, only about 1 in 10 individuals who needed SUD treatment actually received it, which is consistent with previous years. This means that more than 18 million individuals needed addiction treatment but did not receive it. The most common reasons individuals gave for needing but not receiving SUD treatment in the past year were Not ready to stop using (40%) and No health coverage and could not afford cost (30%). 1 in 5 respondents reported not seeking treatment because they were afraid that doing so might have a negative effect on their job, which demonstrates that workplace stigma against addiction is still very strong.

Lack of ability to afford treatment could stem from a number of issues, not the least of which is the fractured nature of the SUD treatment system. Many organizations, including Shatterproof, are working to repair this system and help individuals access the care they need.

While some improvements have been made, the country still faces a drug use and addiction epidemic, and the current systems are inadequate to address the need for high-quality treatment. Shatterproof is committed to advancing evidence-based best practices and reversing these trends. We will continue to use scientific data to understand how we can best support individuals and communities negatively impacted by drug use.

Caroline Davidson is a Research Associate at Shatterproof.

1. This survey is administered to a sample of the non-institutionalized US population aged 12 years and older, and the results are then extrapolated to represent the wider U.S. population. (You can read more about the exact methodology here ). Unless otherwise noted, all findings described here apply to individuals 12 and older.
2. In this case illicit use of prescription drugs refers to use of psychotherapeutics (pain relievers, tranquilizers, stimulants, and sedatives) in any way not directed by a doctor, such as use without a prescription of the respondent’s own, or use in greater amounts or more often than directed by doctor. See methodology for more information and definitions. 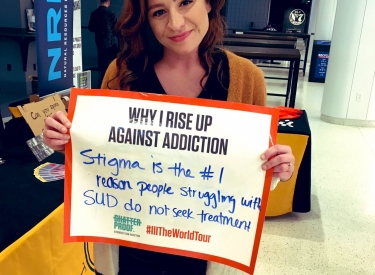 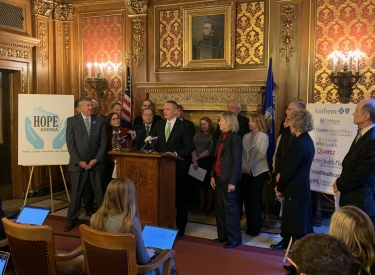 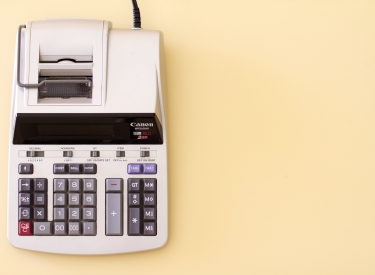 Understanding how your care will be paid for is an important part of the treatment process.