The Showdown on the Sound is Shatterproof’s most successful DIY fundraising event and this year I'm proud to announce we raised over $200,000!

The event is held yearly in memory of Michael "Mike" Taylor. He was kind, witty, adventurous, sincere, and generous. An all-state tennis player in high school, Michael also played D1 varsity tennis for three years, graduated from Villanova University, and started a career in marketing. He loved traveling, adventures, and being out on the water.

Michael also lived with addiction. His experience with addiction began after sustaining a tennis injury during his junior year at Villanova. Michael had reconstructive shoulder surgery and was prescribed opioid painkillers to manage the pain.

Michael embraced his struggles with substance use disorder with the same tenacity he approached everything else in his life and refused to shy away from giving his own voice to the addiction epidemic. In April 2016, he sadly died of an overdose.

After his death, his friends and family wanted to honor his memory and thus they created Showdown on the Sound which has become a beloved annual community event. The event includes a “build your own boat” race, a silent auction, lawn games, dunk tank and live music. Most importantly, Showdown on the Sound is proud to be a substance-free event.

The day featured a speech by CT’s Attorney General, William Tong, music by Vasudo, an acoustic performance featuring Rick Mitarotonda and Matt Campbell, a silent auction, a boat parade, and an awards ceremony.

This year's event featured 13 boats that were built with love from materials donated by a local lumber yard. Each team received a $350 gift card to purchase the materials to build their boats. The boat race was the pinnacle of the event with four heats and then finals. The boats varied in design and were very creative. This year Boston Scientific won the race.

My team, Ladies Who Launch, was back for year two after the Covid hiatus and we gave it our all. Our team is known for our Lilly Pulitzer-inspired boat décor, attire, and pearls. While our boat capsized during the second lap of the race, we did receive the award for top fundraising team-raising an impressive $12,630 for Shatterproof.

As a Darien resident, Shatterproof employee, and person in long-term recovery from addiction, this event is especially meaningful to me. It is one of my favorite days of the year. I love how my community comes out for this event. It truly feels so supportive to attend this event in person - not to mention, seeing the signs all over town and hearing people talk about it leading up to the day. It is a giant hug for the Taylor family and all of Michael’s friends.

Showdown on the Sound will be back in 2023 and looks forward to continued community support. 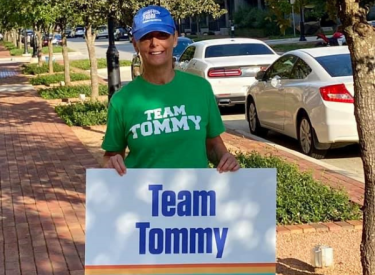 While participating in a Rise Up Against Addiction Walk, Colleen was blown away by the support she received from families, educators, and friends. 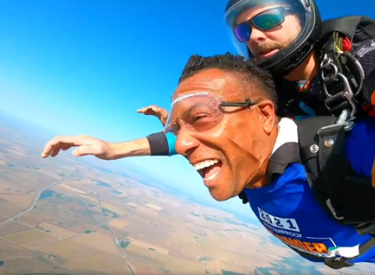 Celebrating the 2021 Stronger Than Addiction Challenge 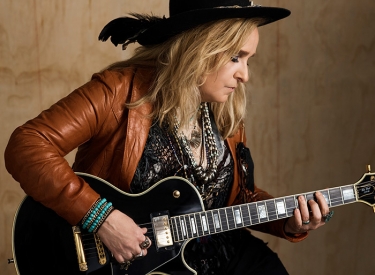