“Requirements to vet Medicaid patients to make sure they are working could prevent patients with opioid addiction from getting treatment, more than 160 groups told the Trump administration last week.

“Highlighting the opioid crisis is the latest line of attack by health groups and patient advocates hoping to get the Trump administration to withdraw guidance on work requirements.

“‘Medicaid work requirements policy is directly at odds with bipartisan efforts to curb the opioid crisis,’ the 160 national, state and local groups including the American Foundation for Suicide Prevention, the NAACP, Mental Health America and the American Psychological Association said in a letter Friday to U.S. Secretary of Health and Human Services Alex Azar.”

“Early into the final year of his first term in office, Mayor Bill de Blasio tacitly acknowledged what could no longer be ignored: New York City, like much of the country, had a worsening problem of drug overdoses from heroin and opioids, and the city’s response had been inadequate.

“Overdose deaths surged to 1,374 in 2016, the majority from opioids, despite a ‘comprehensive effort’ introduced the year before, when there had been 937 overdoses. The city’s plan had focused on increasing the availability of naloxone, the opioid overdose reversal medication.

“Last year, de Blasio sharply increased the city’s spending on its response to $38 million per year under its Healing NYC program, helping pay for treatment sites, more naloxone kits and for [people in recovery] to act as an emergency response team after an overdose.

“The increased attention seems to have helped: The Police Department has preliminarily attributed 924 deaths to overdoses in 2017, although that number is almost certain to rise as official death investigations conclude.”

D.C. Doesn't Know What To Do About the Opioid Crisis , Axios

“Washington is still falling behind in helping to address the country's opioid crisis, some lawmakers and policy experts say, even as the epidemic rages on across the country. Congress recently provided $6 billion for the effort, and it's getting the ball rolling on another legislative push as well. But lawmakers aren't yet sure what that push will entail.

“Why it matters: Roughly 64,000 Americans died of drug overdoses in 2016; the overwhelming majority of those cases involved some combination of prescription painkillers, synthetic opioids or heroin. Yet because the problem is so sweeping, the push for a policy response is being pulled in several directions — from immediate treatment to law enforcement to community rebuilding to new medical practices.”

“Two of the nation’s biggest drug distributors shipped 12.3 million doses of powerful opioids to a single pharmacy in a tiny West Virginia town over an eight-year period, a congressional committee revealed Thursday.

“The Family Discount Pharmacy in Mount Gay-Shamrock received the drugs from McKesson Corp. and Cardinal Health between 2006 and 2014, according to the House Energy and Commerce Committee.

“The committee is investigating the sale of pills in West Virginia by wholesale drug distributors, which are required by law to monitor and report to the Drug Enforcement Administration suspicious purchase orders for opioids. When they do not, millions of pills can be diverted to users and dealers from a single pharmacy.”

“The military and Veterans Affairs medical system has been offering acupuncture for pain for several years, some insurance companies cover it and now a small but growing number of Medicaid programs in states hit hard by opioid overdoses have started providing it for low-income patients.

“’We have a really serious problem here,’ said Dr. Mary Applegate, medical director for Ohio’s Medicaid department. ‘If it’s proven to be effective, we don’t want to have barriers in the way of what could work.’

“’Benzos’ is shorthand for benzodiazepines, a class of drugs often used to treat anxiety and insomnia. The dozen or so different types include Ativan, Klonopin, Valium, and Xanax. Most people have heard of them. More people than you might think are taking them (three benzodiazepines are in the top 10 most commonly prescribed psychotropic medications in the United States). Yet few people realize how many people get addicted to and die from them.

As my colleagues, Jennifer Papac and Keith Humphreys, and I write in this week’s New England Journal of Medicine, we need to pay more attention to America’s other prescription drug problem — the hidden epidemic of benzodiazepine use and [misuse].” 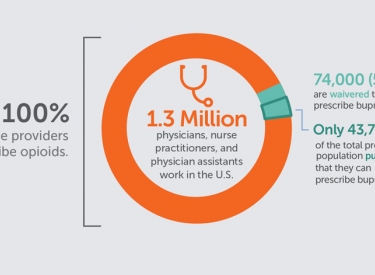 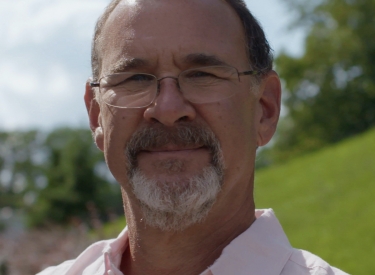