“The White House's most concrete proposal yet to address opioids comes after complaints from state health officials and advocates that Trump has moved too slowly to combat the epidemic after his bold campaign promises to wipe out the crisis touching all parts of the country.

“However, the plan could cost billions of dollars more than Trump budgeted — and likely far more than any funding package that Congress would approve — raising questions about how much of it can actually be put into practice. Trump's emphatic embrace of the death penalty for some drug dealers has also alarmed some advocates, who say the idea has been ineffective when tried in other countries and resurrects the nation’s unsuccessful war on drugs.”

“As tens of thousands of Americans die from prescription opioid overdoses each year, an exclusive analysis by CNN and researchers at Harvard University found that opioid manufacturers are paying physicians huge sums of money — and the more opioids a doctor prescribes, the more money he or she makes.

“In 2014 and 2015, opioid manufacturers paid hundreds of doctors across the country six-figure sums for speaking, consulting and other services. Thousands of other doctors were paid over $25,000 during that time.

“Physicians who prescribed particularly large amounts of the drugs were the most likely to get paid.”

How Many Opioid Overdoses Are Suicides? NPR

“Massachusetts … began formally recognizing in May 2017 that some opioid overdose deaths are suicides. The state says confirmed suicides are only about 2 percent of all overdose deaths, but Dr. Monica Bharel, head of Massachussetts’ department of public health, says it's very difficult to determine the person's true intent.

“’For one thing, medical examiners use different criteria for whether suicide was involved or not,’ Bharel says, and the ‘tremendous amount of stigma surrounding both overdose deaths and suicide sometimes makes it extremely challenging to piece everything together and figure out unintentional and intentional.’

Research on drug addiction and suicide suggests much higher numbers.

“’[Based on the literature that's available] it looks like it's anywhere between 25 and 45 percent of deaths by overdose that may be actual suicides,’ says Dr. Maria Oquendo, immediate past president of the American Psychiatric Association.”

“But the statistics, while staggering, may represent an undercount for Native Americans and Alaska Natives by as much as 35 percent, because death certificates often list them as belonging to another race, said Toedt, who is the Indian Health Services' chief medical officer.”

“After years of aggressively promoting OxyContin as a safe and effective way to combat pain, the company is — equally aggressively — recasting itself as a fundamental player in the response to a crisis that many experts say it helped to create. Such efforts come amid hundreds of lawsuits claiming that Purdue fueled the opioid epidemic by deceptively marketing OxyContin, as well as new government efforts to regulate opioids.

“In February, Purdue announced that it would stop promoting its opioid drugs to physicians. At the same time, Purdue is looking to partner with other companies and expand its portfolio into areas such as oncology and sleep medicine. OxyContin accounted for more than 94% of Purdue's sales in 2012 and was still over 82% as of last year, according to Symphony Health.” 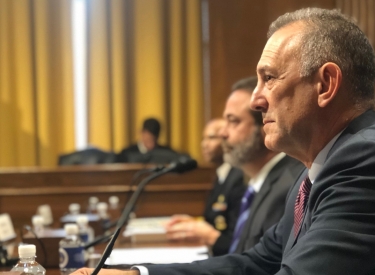 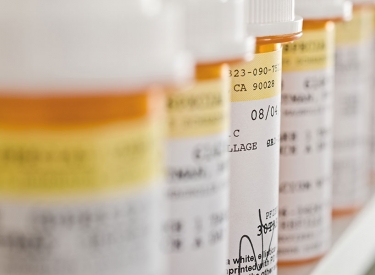 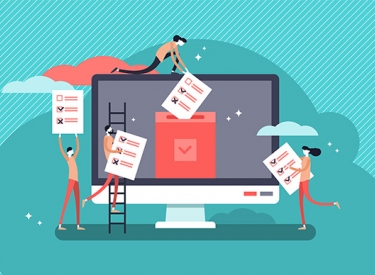