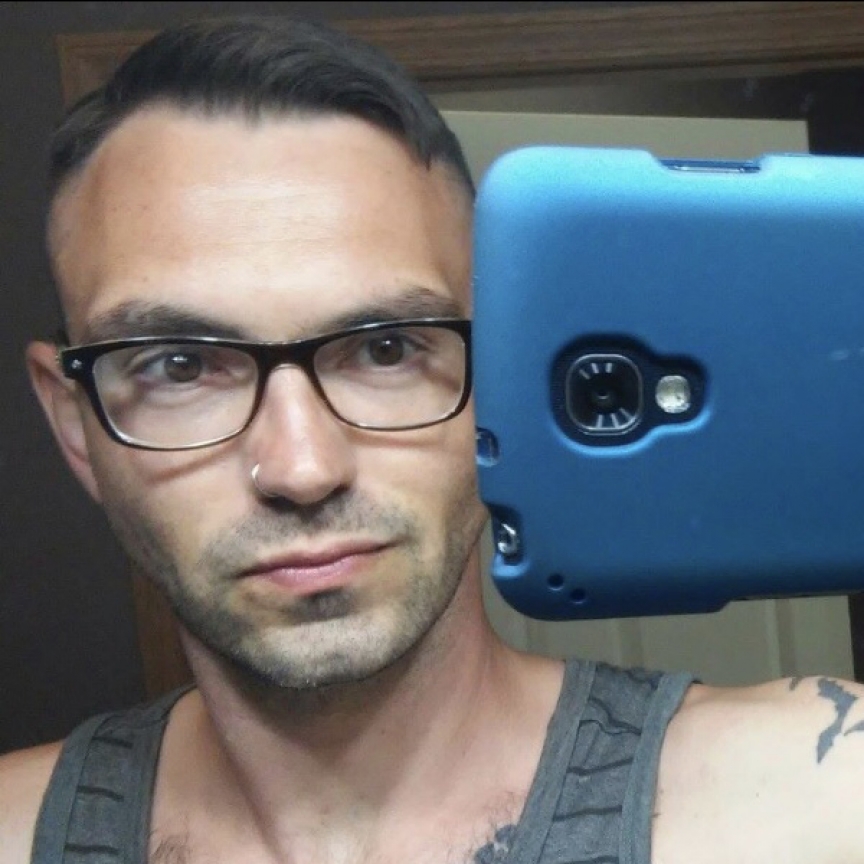 He was so funny and handsome. I reused his jokes and endearing colloquialisms for years and still do. I know what it feels like: Nervous energy, emotional turmoil, never feeling accepted by what should have been unconditional love. It’s not an excuse but I do believe there was a predisposition that became reactive after trauma and then there was his sensitive disposition. He got really bad. He banged crack and heroin in Detroit. He went to jail. On his birthday, four years ago, he got sober. He was off heroin and crack. Life fell into place. He helped so many people by denouncing the shame in this disease. You are not your worst day or action. “I’ve done worse,” I imagine him saying. Two years sober and he started smoking pot. Then he drank. And then they found him behind a corner store and narcan saved his life. I just don’t know about what happened next as I like to believe that he was on some hiatus and planned to get sober on Monday (like I do with dieting). Or maybe he felt he had lost this battle, and was weak and sorrowful. The things our minds tell us, that deadly banter. I remember getting the phone call but not what was conveyed. I threw my phone. Since that day, I am either feeling the pain at level 10 or blocking it out. Over 300 people attended his funeral. My aunt told me that at least six people proclaimed to be his best friend. The common thread was that he made himself overly available to people at their ultimate lowest, at a time when most people scatter like rats in the rain. A few girls professed that he was the love of their lives. He meant everything to everybody. I’m so sorry for anyone that didn’t get the chance to meet him. I know he’d want the best, most comfy, and lovely lives for us all. But why couldn’t he want that for himself? Sometimes when my daughter calls out, “mommy” I hear “Bobby” and that’s when I know you’ll forever be here. I do hope I see you again.

Nov 13, 2016:
I'm overwhelmed with happiness. Today my sweet babe Madison posted a pic of us on my 90 day anniversary of me quitting drugs. My name is Bobby Sevick , and I'm a recovering heroin addict. I know it might be kinda blunt but ive lost too many friends, too many jobs, and did too many people dirty to hold back. I need to share my story and situation in hopes of deterring anybody from making the same mistakes i did. Opiate abuse has become an epidemic in our society, especially with young people, and i feel if i don't speak up and say something and possibly save someone's life, all of my mistakes and suffering will have been made in vain. If you or anyone you know is suffering from addiction, of any kind, please don't hesitate to contact me so that you can get put in the right direction towards recovery or to ask any questions you may have about the DISEASE OF ADDICTION! ( I practice complete anonymity when it comes to giving or receiving advice so no worries if ur feeling venerable. I know thats how i felt!😉 ) In closing, i just wanted to apologise to anyone that had anything to do with me being a selfish, conceded, drug addicted prick. I had no intentions of doing wrong by you, but addiction is such a cunning enemy of life that i had lost my will to do anything about it. And lastly, i would like to thank everyone who offered support, understanding, or a kind word. I couldn't possibly put into words how much it means to me. WE DO RECOVER!!!!!✌❤

Submitted by: Leah Shah To edit this memorial, please contact us at info@shatterproof.org or 800-597-2557.