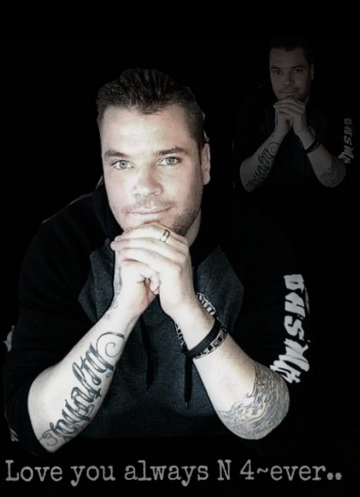 Donate in memory
Bookmark this
Photo submitted by
Anne Emerson
Tell us about your loved one.

Ryan was an amazing, smart, fun loving man. He had the most beautiful, unforgettable blue eyes. But behind those beautiful blue eyes, hid pain, shame, and guilt because of a lifelong battle with addiction that started during his teenage years. Ryan's addiction included not just one drug, but multiple. Heroin, meth, Xanax, and at one point, alcohol. Anything he could take to numb his heartbreaking pain. His addiction led him to a life of jail, prison, and hospital stays, time and time again. He had spent almost five years behind bars when we met in October of 2012. We had the best relationship one could ask for until addiction took pleasure in becoming a third wheel. Ryan and I were both sober when we met. But a few months into our relationship, he relapsed, using on a random occasion, which led to almost daily use. He ended up back in prison, and while he was there, sitting in solitary confinement, he received news that his best friend, his only brother, Eric, had died from a heroin overdose on October 27th, 2013. From that point on, Ryan's life turned dark. The loss of his brother was so painful, he had no clue how to even begin grieving, except with drugs and alcohol. Ryan began drinking daily, a six-pack of Steel Reserve and a liter of whisky along with Xanax he received from a physician.

Eventually it led back to heroin and meth use. He would lie to me about his heroin use as he was so ashamed of it and didn't want to disappoint me. He'd hide his heroin but I would find it and without him knowing I flushed it down the toilet. It didn't matter to me if he had just spent $300 on the bag--over my dead body was I going to let him die off that bag. I saved Ryan from five overdoses. Three times I had to administer Narcan and call 911, two of those times I had to perform CPR. During one of his overdoses he aspirated vomit and had to be on life support for eight days. Due to the lack of oxygen, he suffered a mild brain injury that slightly affected his memory. Ryan struggled with getting sober but wanted it more then anything. He ran into trouble with the law a few times, resulting in him being put in drug court, which he was kicked out of after a few short months. He went to out-patient treatment and did inpatient treatment but ended up relapsing and getting kicked out. Even though in his heart he desperately wanted to get sober, the pain he felt over losing his brother along with other things, he just couldn't shake the hold addiction had on him.

Despite everything he and I went through, I chose to stand by him throughout each of his jail/prison bits. Not only did I love this man with all my heart and soul, I wasn't going to give up on him at a time when he needed me most. And I also knew that inside this man who was addicted to drugs was an even more amazing man trying to escape from his addictions but was having difficulty battling a life wrenching battle.

Ryan spent the last four out of five months of his life in jail. He came home October 30th, 2017. Never did I think that after having him back home for only a little more then a month, that I would end up losing him again, but this time for life.
On 11/28/2017 at 1:26am Ryan called to tell me he was on his way home, "I love you baby, and I will see you soon". Little did I know that those sweet words would be the last one's he ever would say to me. About 45 minutes after he called, a friend called me and said they were out front at our house and asked for me to come outside and help him out of the truck because he was " passed out". They had stopped somewhere on the way home and Ryan was given what I believe was heroin mixed with fentanyl. As I was walking to the truck, looking through the passenger side window I observed Ryan in the front seat, eyes locked in a dead stare, not moving, barely breathing. I knew immediately that he was overdosing. I ran to the truck, screaming his name, with nothing in return from him. I then immediately yelled for our friend to call 911, and I began CPR and gave him Narcan, which didn't do anything. This was not happening. Why wasn't the Narcan working? Why isn't he waking up? My world was frantically spinning and spinning as paramedics arrived. They gave him a second dose of Narcan, still nothing.

Upon arrival to the emergency room, Ryan went into cardiac arrest and they had to use the defibrillator and shock his heart to get it beating again. He also by this point had suffered from lack of oxygen so he had to be put on a respirator. Life support, "Oh god please don't let him die." He had made it through eight days on life support in 2013. He was going to make it through this, he just had too. But after 5-6 days on life support, the doctors said his brain damage was too severe and that he would never be able to breath on his own again. A family decision was made to remove him from life support. I have never in my life had to even think about making a decision like that.

On December 3rd, 2017, approx 2pm, as I stood by his side and held his hand ever so tightly, I helplessly watched the love of my life take his last breath and die. Hearts shattered, worlds turned upside down. The man I loved with every ounce of my heart and soul, the one I was to marry and spend the rest of my life with was gone.

I feel that somehow Ryan's purpose in life was tied through his death: To help save the life of others suffering from addiction. So today, I'm being his voice and sharing his story in hopes that it reaches those still struggling and something from his story touches their hearts enough to put that bag of heroin down and seek help so another family doesn't have to go through what ours is going through.

He may be gone, but he will never be forgotten as I will continue to be his voice and fight for change until change happens. END THE STIGMA, NOT A LIFE