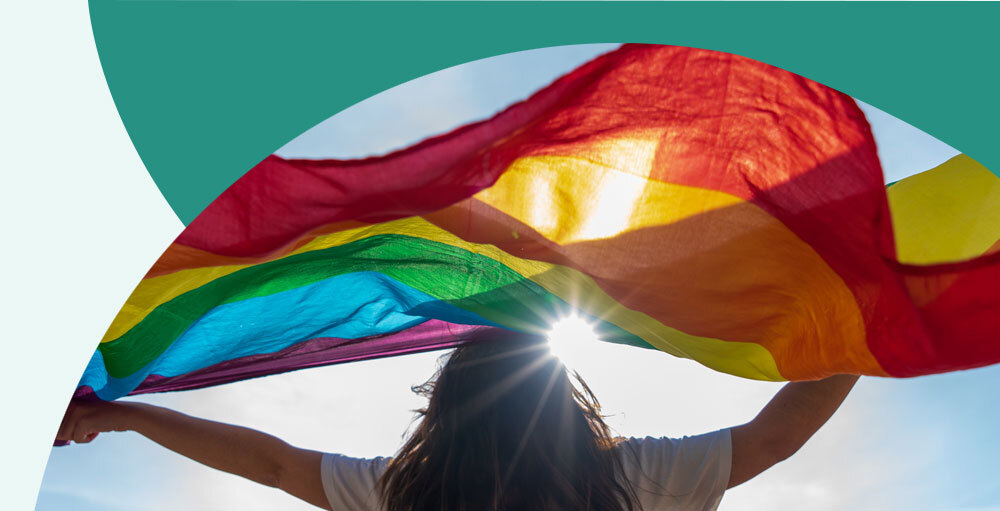 According to some estimates, 30% of the LGBTQ+ community live with addiction.

The addiction crisis continues to rage on–but who is it affecting?

According to the CDC, there were over 107,000 fatal overdoses in the U.S. in 2021. These figures are staggering. Each number represents a family member, friend, coworker, brother, sister, or parent that was lost to the addiction epidemic.

Unfortunately, the LGBTQ+ and BIPOC communities both face increased risks of developing addiction. LGBTQ+ stands for lesbian, gay, bisexual, transgender, queer/questioning, and other sexual minorities, while BIPOC stands for Black, Indigenous, and people of color.

Why is the LGBTQ+ community at increased risk for addiction?

The LGBTQ+ community faces societal and cultural obstacles that their heterosexual counterparts typically don’t face. These obstacles include things like discrimination, hate crimes, rejection from family and friends after coming out, public humiliation, loss of employment, and even loss of housing. In fact, of the 4.2 million people experiencing homelessness, up to 40% of them identify as LGBTQ+. This is largely due to their family rejecting or disowning them after coming out.

Queer people might feel the urge to turn to drugs or alcohol as a way temporarily cope with social pressures and mental health conditions. While these substances may appear to be beneficial at first, there is a large risk of developing addiction with continued use.

While addiction rates in the LGBTQ+ community aren’t widely studied, SAMHSA estimates it may be as high as 20-30%. This is a staggering rate, especially when compared to the general population, which has an addiction rate of 9%.

How does addiction affect Transgender people?

All of this stigma has dangerous effects. These social pressures can cause transgender people to turn to alcohol and substances in order to numb their feelings of anxiety, depression, and social isolation. According to one study, transgender students were twice as likely to abuse prescription medications like opioids when compared to their cisgender counterparts.

How does addiction affect BIPOC communities?

Similarly to LGBTQ+ individuals, BIPOC individuals may turn to alcohol or other substances as a way to temporarily cope with social pressures and systemic discrimination.

According to several studies, Black communities are particularly at risk for addiction. Within the last 5 years, there has been a rise in opioid-related overdoses among Black Americans. During this time period, 43% of all overdoses were experienced by Black people. This is especially jarring since Black people only make up approximately 12% of the general population.

Another considerable barrier to treatment is healthcare providers who lack cultural competency. Healthcare providers who lack a cultural understanding can underdiagnose or misdiagnose their patients. This can add an additional layer of frustration that keeps BIPOC individuals from seeking help. Cultural incompetence can look like language differences, stigma of mental illness among minority groups, and cultural differences in how symptoms present.

A lot of research still needs to be done to understand how addiction impacts people with overlapping marginalized identities. The few studies that have been conducted suggest addiction rates are dramatically higher for those who are part of both the LGBTQ+ and BIPOC communities.

It shouldn’t come as a surprise that being in multiple marginalized groups can make it more difficult to seek help from healthcare providers. According to one survey, 34% of Black transgender people who saw a health care provider in the past year reported having a negative experience related to their gender. This includes being verbally harassed, being physically assaulted, or being refused treatment entirely.

This behavior is unacceptable, especially coming from healthcare workers and treatment programs. When discussing addiction treatment, it’s vital to acknowledge intersectionality. Intersectionality is defined as an individual's overlap of social identities such as gender, sexuality, race, and mobility. BIPOC and LGBTQ+ individuals need specialized care that addresses their trauma and lived experiences, while also respecting their cultural values.

In order to make treatment available for everyone, we need to ensure healthcare providers are educated on how to interact with LGBTQ+ and BIPOC individuals. Treatment centers need to be open, accepting places that are respectful towards pronouns, different relationship models, and racial and cultural differences. Studies have proven this type of care has higher levels of engagement, improved patient outcomes, and higher levels of patient satisfaction for LGBTQ+ and BIPOC individuals.