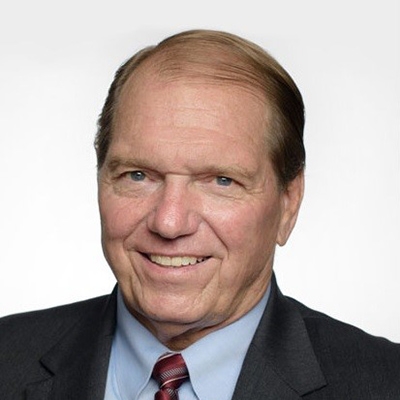 A veteran of more than four decades in the institutional advancement sphere, Tom Sullivan has served in leadership positions for a range of organizations in higher education, academic medicine and healthcare.  He has led highly-successful multi-faceted fundraising initiatives and is recognized for his proficiency in strategy development, principal and major gift fund raising, comprehensive campaigns and constituent engagement.

Sullivan has staffed, planned and led programs that have generated in excess of $1.2 billion, including the $600 million Heroes for Life Campaign at Lurie Children’s and the $750 million Catalyst Campaign at UMB.  He has served as a resource professional and a consultant and has presented at numerous professional conferences and seminars.

A graduate of the University of Notre Dame, Sullivan earned an M.S Degree from Syracuse University’s Newhouse School of Communication.  He has served on the boards of the National Notre Dame Monogram Club, the Children’s Miracle Network and the Woodmark Group, He has volunteered for community service organizations, including the American Red Cross, the United Way and Ronald McDonald House.

Sullivan and his wife Kimberlee have five children and reside in Mashpee MA.