Slashing billions of Medicaid dollars from state budgets would cost hundreds of thousands of lives. We can't let that happen. Use our tools to take action against the AHCA now.

91 people die from an opioid overdose every day. Right now, the Senate is rushing the American Health Care Act to a vote—without review from the nonpartisan Congressional Budget Office, without public hearings, and without disclosing many of the bill’s details.

Here’s what we know for sure about this bill: It would make deep cuts to Medicaid, stripping away essential funding to treat people with substance use disorders. It would also limit federal oversight of Medicaid that guarantees the most vulnerable Americans—including people with substance use disorders—can get the care they need. We can’t let that happen.

Use the tools below to make your voice heard.

Not sure who your senators are? Enter your information to look them up.

You can call, email, or tweet to your senators with just a couple clicks on our campaign page. Go to the campaign now, and share with your networks.

Put pressure on your senators by continuing the conversation on Twitter.

More Americans died from drug overdose in 2016 than from car accidents. The opioid epidemic is a public health crisis and Ohio is at the center of this epidemic. The AHCA will just make it worse, and as your constituent, I urge you to vote no on this bill.

Treatment works, but only for those individuals able to access it. Any bill that would eliminate billions of Medicaid dollars from state budgets will cost hundreds of thousands of lives. If passed, the AHCA all but guarantees we'll see a spike in overdoses all over the country, shattering so many families beyond repair.

Addiction doesn’t kill people. Lack of treatment does. Each day that an individual does not receive treatment is another day that their addiction prolongs. I urge you to do everything in your power to protect access to essential addiction and mental health treatment, and vote NO on the AHCA. 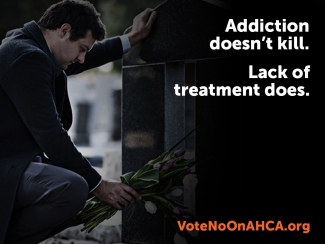 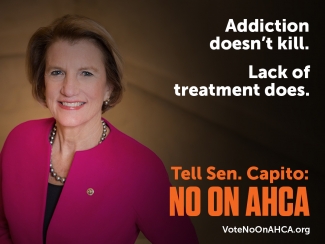 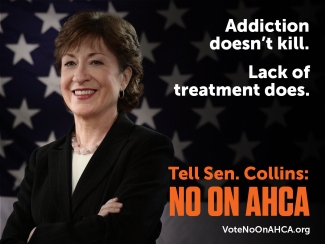 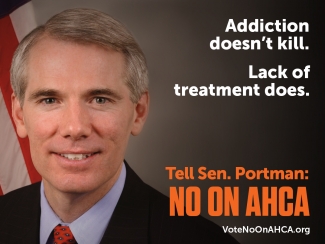