1. What’s the difference between an "opioid" and an "opiate"?

Opioids are drugs that need to be cultivated from a plant, specifically the poppy plant. Once harvested, the dried ruminates of the plant can be manufactured to make morphine, opium, and heroin. This type of opioid has been used for thousands of years, dating back to 3400 BC for medicinal purposes. Opiates are the synthetic version of opioids produced in a laboratory setting. Drugs that fall into this category are prescription drugs, such as OxyContin and fentanyl. Both terms have been used interchangeably when talking about narcotic drug classification.

2. How do these drugs work?

These drugs have traditionally been used for pain relief and treatment. When the body’s nervous system interprets pain signals, that message travels through sensory receptors, gets sent through A-Delta and C- fibers to the spinal cord, then ultimately reaches the command center, the brain. When someone takes an opioid, these pain messages are intercepted—the message is blocked, and the pain threshold is lowered through different receptors.

3.  Why are these drugs so dangerous?

When used for pain control, opioids lessen discomfort by intercept the message and block the pain sensor from reaching the brain. One of the reasons this process can be so deadly is that the drug binds to opioid receptors on the brain that are linked directly with our brain stem, where the body's autonomic functioning skills are held, such as breathing and heart rate. When we have too many opioids plugging the brains opioid receptors, the autonomic function suppresses until breathing and heart rate slows to a stop.

4. What makes opioids so addictive?

Opioids affect the limbic system where our dopamine reward center is located. When opioid molecules cross the blood-brain barrier, the drug latches on to GABA neurons which flood the system with all the feel-good neurotransmitters, creating a feeling of euphoria. When we consistently flood our brain with dopamine by using drugs, the only time a person feels “happy” is when they use whatever created the rush of dopamine to begin with. When the high is over, the brain is exhausted of all the feel-good neurotransmitters thus leaving the individual feeling hopeless, agitated, and sick. This, in turn, makes the person want to avoid feeling that way. This prompts the cycle of addiction.

5. How did the opioid epidemic become the nation’s deadliest crisis?

Back in the early 90s, The Joint Commissioner advocated for pain to become the 5th vital sign. This prompted physicians and pharmaceutical companies to find a solution for patients suffering from chronic pain. Once the so-called miracle drug OxyContin was approved by the FDA, master marketing campaigns and false research ensured that every patient had access to these narcotic pain killers. In 2012, there was a bottle of OxyContin for every adult American. That’s over 259 million prescriptions floating around, available for diversion and misuse by the general population.

6. What are the demographics of this crisis?

This epidemic has no boundaries. It has made its way from city centers into the neighborhoods of suburbia and down the back roads of rural America. Opioid addiction has wreaked havoc on nearly every demographic, but is particularly hard on those without a 4-year education and specifically the Caucasian population, with Caucasian men reporting high rates of addiction and Caucasian woman experiencing higher rates of overdose.

7. Where is this hitting the hardest?

Though this is a nation-wide issue, we can see that the Appalachian rust belt area of the United States has higher overdose deaths. Some experts attribute this to the type and consistency of the heroin in this region. It is easier to mix fentanyl, an incredibly potent and dangerous opioid, into the finely powdered heroin that the east coast typically gets over the tar-like consistency that we see out west.

8. What’s the extent of this epidemic?

The statistics are staggering. It’s estimated that nearly 192 people a day are dying from a drug overdose. Though prescription drug overdoses are falling, illicit drug death toxicology reports frequently show some kind of opiate on board, along with other drugs such as methamphetamines, cocaine, alcohol, or marijuana. With addiction rates rising, we are also seeing an increase in neonatal abstinence syndrome, a condition where newborns are being born dependent upon opiates every 15 minutes. This epidemic is rising at rates faster the then peak of the HIV/AIDS epidemic of the 90s.

9. What’s being done to address this problem?

President Trump declared a national state of emergency back in October of 2018. This allowed the Department of Health and Human Services to cut the red tape on federal funding to allow the development of programs to help combat this disease that’s taken over the nation. In the same month, Congress passed the SUPPORT for Patients and Communities Act. This legislation changed Medicare reimbursements, treatment bed allocations and prescription restrictions for medication-assisted therapy. It also expanded the availability of naloxone to first responders and pharmacies nationwide.

The most important thing we can do as a nation is to build support in our communities and raise awareness about the disease of addiction. We need to reframe the way we think about those battling this disease and remove the stigma attached to it. In order to help those who have lost hope, we need to build resiliency and programs that support healing a nation.

Kirstin Hope Sievers is a Shatterproof Ambassador and medical massage therapist serving the northern Virginia area. After watching her sister battle opioid addiction for the last 15 years and helping chronic pain patients navigate our current health care system, she enrolled in a public health degree at George Mason University. She spends her downtime with her husband and ten-year-old son. 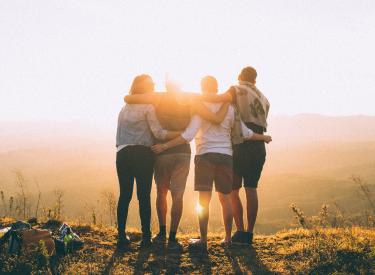 Moving From Judgement to Community

In 2014, two boys got sick. One received the help he needed to get better. The other didn’t. 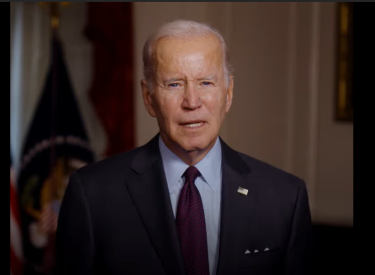 It’s the biggest executive action on drug policy ever. Here’s what the president’s plan entails. 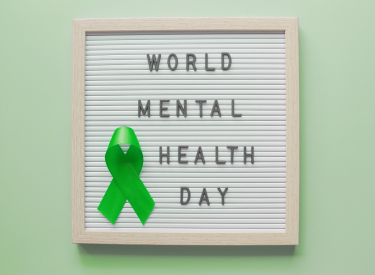 During World Mental Health Day, I was part of the largest gathering of mental health advocates ever.