More Sober Spaces Are Showing Up at Pride. That’s a Great Thing.

Attending sober events during Pride month should be fun. But let’s face it: One of the most important moments of the LGBTQ+ Rights Movement began at a bar. When so many of our spaces involve substances, living a sober life as a gay man comes with challenges.

My goal for living sober is to return to a bigger and better life, free from the shackles of alcohol and drugs. What better way to do that than to enjoy yourself—not despite your sobriety, but because of your sobriety. The fun I have today is different from the fun I had when I drank because it comes with a secure sense of freedom.

After being sober for over seven years, I have learned an important lesson: You’ve got to live life on life’s terms.

In my drinking years during Pride, this traditionally meant hanging out at different events and getting trashed. When I first got sober it seemed like everyone was drinking but me. It took about a year of being sober before I was able to be comfortable at events where people were drinking and using drugs. In that year I went to rehab, got a shrink to help me with my dependency on drugs and alcohol and my insatiable desire to party, and also made amends to the people that I had hurt along the way during my long drinking and drugging career. Back then, my idea of celebrating my gay freedom meant the ability to do whatever I wanted, to say whatever I wanted to say (no matter who it hurt), and to act like a maniac. I’ve since learned how warped that thinking was.

With the guidance of my recovery program, Alcoholics Anonymous, I realized that life is about showing up. I needed to be able to be my true self if I was going to enjoy my new sober life and have fun. But I didn’t know what that meant yet.

This led me to lots of soul searching. I needed to find out what having fun meant to me.

I realized quickly that the honest connection with people had been what was deeply missing in my life all along. On the outside, you probably would have thought that I wasn’t afraid of anyone. I am an extrovert who loves to make people laugh. But on the inside, I struggled to make meaningful, deeper connections with people. And my drinking and drug use offered an alternative to that.

Alcohol isn’t bad for most people—but for me, I realized that I could do everything much better without it. I like to think of my alcoholism and drug addiction as an allergy. People who are allergic to strawberries, peanuts, or shrimp simply do not eat those foods, end of story. I had to learn that once I put alcohol in my system, I had given up control of how my mind and body would react.

In Alcoholics Anonymous, we say this all the time: It’s not the drinking, it’s the thinking.

As long as I do the simple things that AA requires of me, like regularly talking candidly with others in recovery, I can do anything that a drinking person can do. For most of us, the big reward is threefold: remembering everything that happened the day before, not regretting anything I said and did, and a enjoying a healthy, hangover-free lifestyle.

Early in my recovery, I thought that the temptation to party would be so intense that I just would not attend LGBTQ+ functions. I didn’t want to risk my newfound freedom and health. But luckily, in my short time of being sober, a lot has changed in the world around me. More and more, the general public is understanding the value and importance of sober spaces and of offering social options for folks who don’t drink. I’m able to participate in events with my community that don’t revolve around alcohol—and I’m so grateful for that, especially during Pride.

From silent discos to film fests to sober dance parties, communities all across the country are offering sober events as part of Pride. Just check with your local organizers. Here in Norwalk, there are tons of options for sober folks like me that I can’t wait to check out.

This is an amazing change for the better. Thank you to all the event organizers nationwide who are realizing that having these options available only makes our community stronger.

Tom A. is a group attendee and volunteers at the Triangle Community Center, an organization that empowers and advocates for LGBTQ people in Connecticut through programming focused on health, community, and learning. 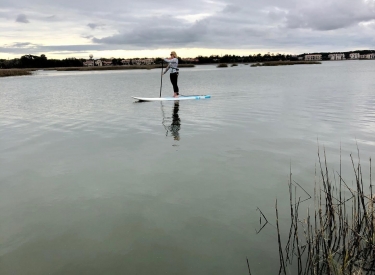 10 Lessons Learned From 10 Years in Recovery

I know I wouldn’t be where I am today without a lot of difficult conversations — both with others and with myself. 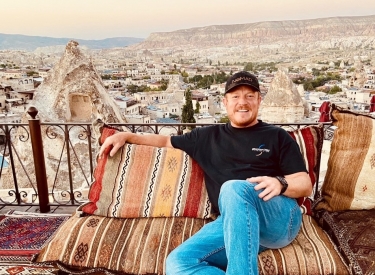 Coordinated Care Saved Me from Falling Through the Cracks

Within a week I had a prescription for Suboxone and access to support meetings. The doctor’s office called often to check in. I realized that maybe I could hang on. 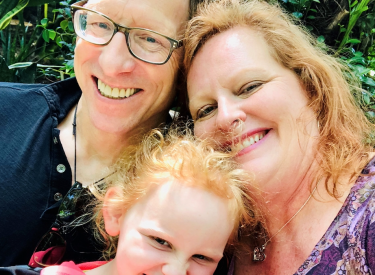