My son Matthew, who passed away on November 15, 2012 at the age of 35, was my heart. He was my youngest child and only son. Matthew had an amazing smile, was extremely sensitive, a leader and a mentor, with an offbeat sense of humor that made me blush and laugh. He also had an unwavering commitment to his family, always a loving son and a protective brother to his sister, Alison. 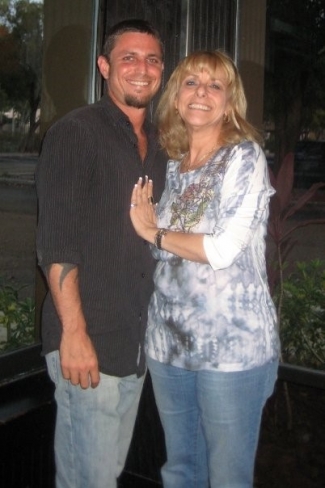 Matthew was a determined individual, working hard at whatever interested him most—and often succeeding. His love of music started at the age of two when I found him pounding on my pots and pans. He would one day teach himself to be a drummer and play in a band named Wallop that wrote and recorded their own music. He was even written up in Modern Drummer magazine as a drummer to watch. His talent was exceptional and he was self-taught. Matthew did the same thing with food. He started at 14 as a busboy, then a waiter, and eventually a sous chef. He opened a restaurant and was in demand to help open other restaurants in South Beach, Florida. But even with his many accomplishments, Matthew still struggled with self-esteem, always wondering if he was good enough.

Matthew suffered from self-esteem issues all his life. I am sure he experimented with drugs growing up, and eventually, in his 20s, it escalated but it never interfered with his daily life—until his father was diagnosed with lung cancer in 2005. He idolized his father and it was painful to see him go through surgery, radiation, and chemotherapy. During the time Matthew took care of his dad, he went from social using to active addiction. He used prescription opioids and then heroin to ease the emotional pain. Matthew was upset with himself for using drugs and tried detox and treatment multiple times, only to relapse. He tried suboxone to treat his addiction, but eventually went back to heroin. Matthew never wanted to use, but said he didn't know how to live without the drugs at times. He repeatedly asked me not to be disappointed in him.

One of the hardest parts of watching my son suffer from the disease of addiction was facing the harsh stigma. The stigma kept me from discussing Matthew's addiction and I hid it for years. Maybe if the stigma wasn't there, we could have sought out better care, sooner. Matthew was ashamed and I was protective of his privacy. When Matthew was hospitalized, the staff looked at his tattoos and knew about his addiction and had a completely different response to his needs than other patients. They avoided him as much as possible. They believed he did this to himself, and therefore, he was looked at differently. It was necessary for him to have a family advocate at all times. Even the healthcare providers didn't realize that this was a disease and not a moral failure.

My experience has made me realize how important it is that we change our perceptions of addiction in society. More families need to be open and tell their stories, and make it clear that any family can be affected by this devastating disease. Losing a child to addiction is sometimes very lonely because there is not as much support as if they were lost to cancer or an accident. The feelings of grief are there but evolve differently. Guilt is one emotion we feel. Could we have done more? But the reality is we didn't do anything wrong, nor could we have prevented it. As moms, we can’t help but feel responsible.

Mother’s Day is approaching and I will celebrate with my daughter Alison. We will go to the cemetery and visit both my mom and my son. I cry a lot, talk to them, and then spend the day with Alison. It will never be the same. I miss him terribly. I miss his smile, his humor, his touch, his smell, and the Mother's Day cards he sent. I reread the ones from years past to remember how much he loved me. It is a new normal. As hard as it is, I make sure to say my son’s name every day so that his memory is never forgotten. And I make sure to share our family’s story so that other mothers do not have to experience the same pain and grief.