I'm breaking up with Klonopin.

Klonopin is the brand name of a drug that belongs to a group called benzodiazepines, or "benzos" for short. Benzos are psychotropic drugs used to treat a number of disorders, including anxiety, insomnia, seizures, and muscle spasms. Other brand-name benzos include Xanax, Ativan, and Valium. (FYI: Rohypnol—widely known as "the date-rape drug," but not available legally in the United States—is also a benzodiazepine.)

These drugs are depressants/tranquilizers and work on the central nervous system by affecting chemicals in the brain. They are among the most commonly prescribed medications in the U.S. and are deemed to be effective for short-term use. Unfortunately, according to a story in The Boston Globe , "Doctors and patients say physicians often prescribe benzodiazepines with no discussion of the dangers and the drugs' declining effectiveness over time."

Welcome to my world.

Let me be clear about one thing: I've never misused Klonopin (generic name "clonazepam"). It was prescribed to me by my doctor, and I always followed the dosage instructions to the letter. But many people who take benzos for a long period of time become psychologically or physically dependent on them.

I am one of those people. My body began to physically require this awful drug.

I was first prescribed Klonopin by my (former) psychiatrist about nine years ago. My son was struggling with depression and addiction and it was adversely affecting our whole family. My anxiety level skyrocketed and sleeping was very difficult for me. My psychiatrist suggested I try Klonopin, and at that point in time I was open to trying anything that might help make me feel better. And it did.

Funny thing, though (not really): My doctor never told me that long-term use could be harmful.

My initial prescription had me taking a 0.5 mg Klonopin tablet five times a day, and I thought nothing of it. I figured my doctor knew what he was doing. After all, he kept refilling my prescription and never said anything about it.

A couple years later, though, I felt depressed and started seeing a therapist. When she found out how much Klonopin I was taking, she said I was "grossly overmedicated." She even suggested that my depression could be directly related to my Klonopin use.

That shocked me, and I decided I didn't want to take Klonopin anymore. One afternoon I went home and did something that turned out to be incredibly stupid: I flushed my remaining pills down the toilet and quit "cold turkey."

The next morning, I felt like I was dying. I had chills, my head hurt, and my body was shaking uncontrollably. I couldn't even get out of bed. Naïvely, I thought I had come down with a bad case of the flu. But I eventually wondered about the possible connection between my symptoms and my having stopped taking Klonopin.

I had my wife call my psychiatrist to ask him if the two things could be related. He said they were, and that I never should've stopped taking my Klonopin cold turkey. It turns out that when you stop taking benzodiazepines suddenly, you risk a boatload of horrible symptoms, including anxiety, depression, dizziness, headaches, irritability, muscle spasms, nausea, heart palpitations, seizures, and tremors.

Funny thing, though (not really): My doctor had never mentioned that to me.

I got my Klonopin prescription refilled and felt better almost immediately after I started taking it again. I can't even begin to tell you how scary that was. This medication, which was prescribed to me like it was no big deal, had hijacked my body. That was incredibly frightening to me. I felt like Klonopin was holding me hostage. So much so, that after my "dopesick" experience I didn't even want to wean myself off of the drug. I was terrified that I'd go through withdrawal again.

I did some research online and learned that benzos can be quite nasty. They are also some of the hardest drugs—prescription or otherwise—to quit. I made the decision to slowly taper off my dosage. No matter how long it took, I had to get clonazepam out of my system.

I've been tapering my dosage for several years now. Yes, years. I've gone from taking five tablets a day to taking just a little more than half a tablet daily. In a few months, I plan on being completely Klonopin-free.

Recently I was pretty sick—physically and emotionally—for a couple of weeks. I knew it was related to the Klonopin tapering, but I fought through it. It wasn't unbearable and I was bound and determined to keep going. A huge part of my motivation was a piece of information I came acorss in an article. It stated that a new study published in The BMJ (originally called the British Medical Journal) "strongly linked 'benzos' to Alzheimer's Disease."

Our society is drug crazy. Too many doctors prescribe too many medications willy-nilly, without warning their patients about side effects or long-term implications. And they don't seem to care that unsuspecting folks like me can end up in a place we never wanted to be because of it, even if we take the drug as prescribed.

I'm breaking up with Klonopin. And I can't wait until it's totally out of my life.

This post originally appeared on Dean's blog, My Life in 3D. Republished with permission. 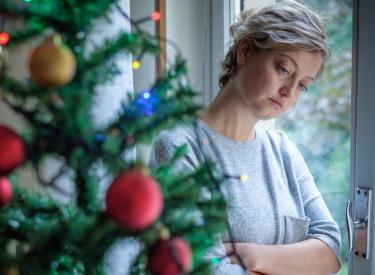 How to Get Through a Difficult Holiday Season

From recovery to lost loved ones - Shatterproof Ambassadors share their advice on getting through the holidays. 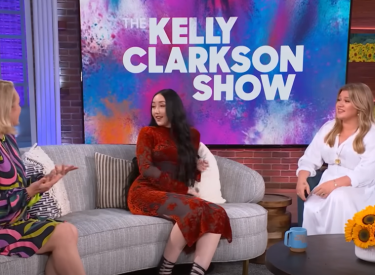