My Recovery: How It Came Together

Everyone assumes it will be difficult to stop using, but no one tells you exactly how it will feel. During my first week in treatment, nothing made sense and I struggled to do the simplest things. I couldn’t figure out how to turn the water on in the shower, so I took baths. I was freezing cold and unbearably hot at the same time. I was desperately sick to my stomach. I cried nonstop for days, even in my sleep. My doctors assured me these were all normal symptoms of withdrawal, and they prescribed Suboxone to give me some relief.

Addiction is a disease that makes you think you don’t have a disease.

Despite my obvious physical symptoms and the fact that I had checked myself into in-patient treatment, my mind still tried to convince me that I didn’t have a problem. But as I looked around at the others who were there with me, my eyes saw what my mind couldn’t yet accept: I had the same problem everyone else had. And if those who had been there longer than me were getting better, maybe I could get better too.

Entering treatment was like entering a different world. Because addiction is so isolating, you come to believe that you are uniquely flawed and that no one else understands the difficulty of what you’re going through.

In treatment, I found a community of people who shared my experiences.

What wasn’t acceptable to talk about in the outside world was suddenly safe. When someone shared a heart-wrenching story, everyone else nodded in understanding. When someone cried, one of us would slide a box of Kleenex to them across the floor. No judgement, just healing.

There were ups and downs. When I found out I was required to attend a 12-step meeting each night, I hesitated. "What could a cult-like program centered around a higher power do for me?" I thought. But I had promised I would do everything that was asked of me, so I went. Surprisingly, I found comfort in the ritual, the familiar stories of suffering, grief, and regret, and the pervasive sense of forgiveness from the group. Their story was my story. We had all been there. We all craved compassion and gave it willingly.

Gradually, day by day, week by week, I realized that I could have a different life but I wasn’t yet sure if it would be a better life.

Going back to the real world was a huge adjustment. I felt exposed, like a fish who returns to its fishbowl after the water has been cleaned. Everything was the same, but nothing was the same. Life seemed too bright, too loud, too fast.

My doctors and therapists recommended that I go to 90 meetings in 90 days. As I listened to others talk about their struggles, I realized, just as I had in treatment, thatI wasn’t alone. If I missed a meeting, I went to two meetings the next day. The exact type of support meeting, whether focused on alcohol or narcotics, wasn't important. But the content was.

My favorite meeting was attended mainly by people who had 15 or 20 years of recovery.

Listening to the life-changing effect recovery had on their lives was inspiring. For those in long-term recovery, not using alcohol or drugs wasn’t the amazing part. The amazing part was that if they were able to string together enough days, months and years without succumbing to addiction, they were able to do things they never even dreamed were possible. One man who spent years living on the streets had become a successful entrepreneur. A young woman who had had a number of run-ins with the law was accepted at a prestigious law school.

I began to realize how much was possible for me if all my time and energy weren’t taken up by my addiction.

When I got my three-month chip, I was astonished. Before treatment, three hours without substances was unfathomable. Now, I had three months. 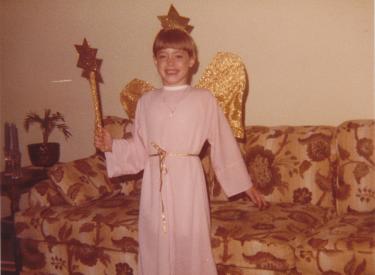 My Recovery: How I’ve Kept It Going

Recovery is different for everyone. At first, I did everything by the book. But as my journey evolved, so did my needs. 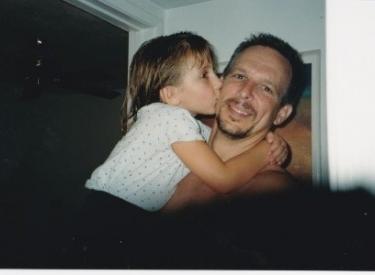 My Recovery: How It Started

Dr. Francis Collins says this about addiction: “Genetics load the gun and environment pulls the trigger.”

Addiction can happen to anyone. But so can recovery. Support our work to make recovery a possibility for all.