As researchers learn more about addiction and the ways in which it affects the brain, they’re also starting to understand how substance use disorders and co-occurring mental health conditions go hand in hand.

While there are still many questions and research is ongoing, this is what the experts have discovered about co-occurring disorders involving addiction and mental health.

What exactly does “co-occurring disorders” mean?

Also called comorbidity or dual diagnosis, the phrase describes a person who has more than one medical issue – either with two diseases simultaneously, or one disease successively after the other.1 These conditions may be mental or physical or a combination of the two. 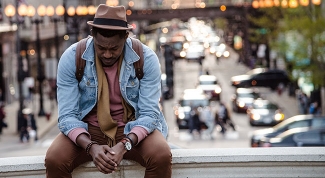 How many people with addiction have co-occurring mental health disorders?

Why does it happen?

The “why” of comorbidity is more difficult to establish. With co-occurring disorders, it’s hard to say for certain if the two conditions are related, or if one caused the other, or if the condition that’s diagnosed first isn’t necessarily responsible for additional conditions that arise. Think of it as the age-old conundrum, “What came first, the chicken or the egg?” Drug use affects the brain and can aggravate the symptoms of existing mental health conditions. Or, someone with a mental health condition may try to self-medicate, treating symptoms of depression or anxiety by using drugs or alcohol. Research is still trying to prove if there’s a definite causal relationship.

Adolescence: Both drug use and mental illnesses are developmental disorders, and an adolescent brain that is still developing is at increased risk for both. If someone begins using drugs during childhood or adolescence before their brain has fully formed, that drug use can potentially affect the brain in a way that makes it more likely to develop a mental illness. Again, the reverse is also true: Someone who develops a mental illness at a young age may be more susceptible to developing a substance use disorder as well.

Exposure: External factors can trigger mental health disorders or substance abuse disorders. This might include excessive stress, trauma, physical or sexual abuse, living in a war zone or other type of unsafe environment, neglect, poverty, or other negative experiences the brain has difficulty processing. 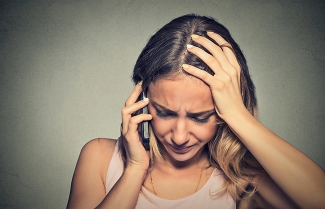 How can co-occurring disorders be treated?

Creating a comprehensive, individualized plan that treats both disorders has been shown to have the most success.6 Clinicians and researchers agree that taking an integrated approach that addresses both conditions at the same time is not only more beneficial to the patient, but can also help to reduce care costs as well. Currently, successful treatments for comorbidity involving addiction and mental health issues include behavioral therapies and medications, used together as part of a personalized plan.

While there’s still much to learn about the co-occurrence of addiction and mental health disorders, understanding that the two are intimately related is an important step in helping to treat people who experience both. Because it’s now recognized that co-occurring mental health and substance use disorders are common, more and more healthcare providers are trying to screen anyone who seeks treatment for either disorder for co-occurring conditions. That way, both diseases can be treated simultaneously.

By increasing awareness and continuing research that improves treatments, there’s hope that every person affected by addiction or a mental health disorder can receive treatment and begin a path to recovery.