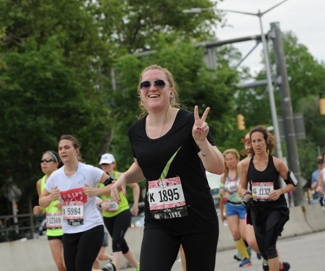 Jess lost her brother Matt to an overdose in 2015 when he was just 26 years old. Though she had never raised funds for a cause or run a half-marathon (13.1 miles), she inadvertently discovered a way to honor his memory. Jess talks about the healing power of running, her optimism for the progress we’re making around addiction, and how finding your own way to express your story is the backbone to creating a successful fundraiser.

SP: What role did fitness play in your grieving process?

JESS: I used to run because I felt like it was important—that "you’ve got to stay in shape." I never really enjoyed it, but after my brother died, it became something that I found myself turning to more and more. It helped keep my sanity.

SP: You had never run a half-marathon which is a significant training commitment and an overall huge challenge. What motivated you to sign up and start fundraising?

JESS: Once I realized running helped me feel better, I thought, “What if I set goals and achieved something I’ve never done before?” Then on the backend of the registration process, I had another revelation: I learned you could raise money for a charity. That’s where I discovered Shatterproof. It felt completely like fate.

SP: So, you sign-up, discover an organization that aligns with your beliefs, and then to make it even more meaningful, you end up working for them.

JESS: Yeah. It was like the biggest blessing. It just felt so right.

SP: Can you tell me a little bit about Matt?

JESS: He was a real weirdo in the best way. He was tattooed, loved to dress in drag, and just had this huge personality. He was such a wonderful, warm, funny person and one of those people that anyone could talk to. We were really close our whole lives.

SP: How did it make you feel when you lost Matt?

JESS: It's a really complicated cycle of emotions when you lose someone in this particular way. First, you're really mad at them. It’s really hard to not blame the individual. It's so ingrained in our culture that drug users are making poor choices and putting themselves in these dangerous situations and not taking responsibility for their actions. It wasn't till after he was gone that I started to understand, addiction is something that changes the way your brain works. It's something you can’t deal with alone.

Once I understood that, my anger turned towards the status quo. I was really mad about the way this disease is perceived and barely talked about. And then, looking back on our family’s experience with Matt, feeling furious that we didn't have any reliable resources to help us through.

SP: We know addiction is a disease, and yet, the system in general continues to stigmatize individuals and offers little help.

JESS: It is truly shocking. We all know the healthcare system in this country needs improvement, but when you hear someone say “Just tell him to stop,” like Matt’s doctors did once they learned he was using heroin—you just can’t believe it. 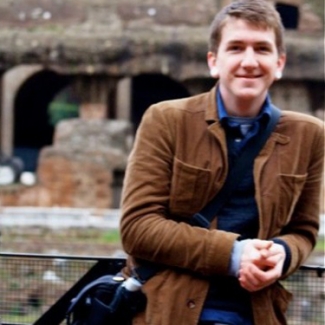 SP: How did it feel to remember Matt through the race?

JESS: Unlike remembering a loved one who “valiantly fought cancer” or died of old age, when someone dies through an overdose or suicide, it feels like you're not allowed to ask people to feel empathetic towards you. You feel like you don't deserve it. No one wants to hear about it.

For me, it was very healing to put on a race bib and say, "I'm raising money for a charity just like anyone else, and it just so happens to be a charity that deals with the disease that my brother dealt with."

It was probably the first time I felt uplifted about his death. My parents took Matt’s passing really hard, but my mom came to the race. She had a bracelet made for me with Matt's name on it. I thought, "This is bringing us together. It's a tangible event that we can do to honor Matt without getting into the more complicated feelings of guilt." It felt amazing.

SP: What was the response from your friends and community?

JESS: People were excited to learn about and donate to an organization that would have helped Matt, and others, going through what Matt experienced.

I think there was a general feeling and acceptance of, "Yeah, addiction is a disease. There is a real organization that helps. We can do something about it."

SP: The fundraiser created the opportunity for you to both honor your brother's memory, and it sounds like it was also a healthy release valve.

JESS: It’s deeply therapeutic to say the words and have people say, "I am so sorry. That sounds so hard." Before you open up about it, you worry that people are going to judge. But once you start talking about it, you find the exact opposite is true. Sharing your story publicly rallies people around the cause because, ultimately, people want to be there for you. 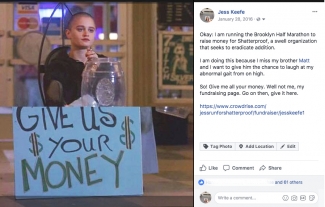 SP: Was this your first time fundraising? How did you reach out for support?

JESS: Yeah, I had never raised money for a nonprofit. So my perception of fundraising was "Aargh, it's embarrassing. No one is going to give money. I don't want to ask."

But I had this idea I got from the movie, Empire Records. There’s a scene where they hold a big fundraiser on the roof of the record store. The main character writes the words “give me your money” on this giant bin. I thought, "I need to find that image from the movie."

I put that image on Facebook. I shared it in my voice: “You may remember that my brother died. Lucky for me, I found this unbelievable organization that addresses this exact issue, and I can't even believe it's real. If you would give money, it will help other people who went through this."

The response was a combination of “I can't believe Shatterproof exists and maybe, if Matt had had access to them and these kinds of resources, it could have gone down differently. We should help.”

Then a relationship manager at Shatterproof, contacted me. "Hi. You’re doing a great thing and I want to help.” That blew me away. In total, I raised over $3,500.

SP: What would you say to somebody who is raising funds for the very first time but feels nervous about asking others to give?

JESS: Remember: You’re not begging or pestering people for money—you're giving someone the opportunity to feel really good.

They might not feel the loss in the same way as you, but they still feel and they want to do something tangible.

JESS: Be yourself. Be creative. And don’t be afraid to be silly. Fundraising doesn't have to be this morose, sad thing.

However, you need to feel comfortable expressing yourself. There is no right or wrong way to do it. If you don’t yet feel comfortable sharing your own story, tell people what Shatterproof is doing that’s meaningful to you and in what ways they can provide support. 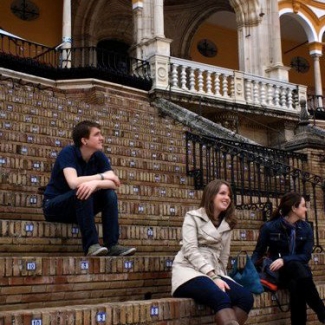 SP: Was there anything that surprised you during your journey?

JESS: Addiction affects 1-in-3 Americans. A lot of people don't talk about it and you'll be shocked how many people will come forward and tell you, "Oh my God, this is in my family too." You go, "Oh wow! We don't really know each other but we are Facebook friends." Others will be inspired by your openness.

SP: We have so many common bonds, but we don't realize they exist until somebody else shows their vulnerability.

JESS: Yeah. People really want to open up about this issue. They want to feel seen and know that other people out there know what they mean. Random connections will come forward and tell you the most personal, wrenching stuff because they're dying to reach out and feel that connection and feel that bond over something so serious.

SP: Why is it so important to raise funds for this cause?

JESS: Addiction is killing people at such a terrifying rate, but it doesn't get the attention it deserves. So first, we need extreme support for this crisis. Second, Shatterproof actually gets stuff done. The money you raise isn’t going into a pit for some feel-good awareness campaign. Shatterproof will get laws passed that ease the suffering and create events that bring people together. Plus, they provide reliable, web-based resources so, when people are in crisis and looking for information, they can trust they have something that will help.

SP: Here’s my final question: Can you share a specific memory from the event that was totally unexpected or deeply meaningful?

JESS: Just this deep, intense, emotional moment that made me realize, “For five months, I've been training for this. I raised all this money for an organization that's so important to me. And it all came down to me crossing this line and finishing this thing that I said I was going to finish. And I did finish it."

The last mile was just so wonderful. People were smiling and cheering. I was thinking about everything that I had done, and that Matt would’ve been so proud.

People feel this is a completely hopeless situation, but what’s so exciting about Shatterproof, and getting involved with events like these, is it says, "We can work together and fix this. We can do something right now.”