Treating pregnant women with opioid use disorders using addiction medications is proven to have the best results for both mother and child.

The opioid crisis in America has reached epidemic proportions, according to the Surgeon General’s recently released landmark report.1

Because women experience pain differently than men and are more likely to experience chronic pain, women are particularly vulnerable to opioid dependency.4 Since 1999, death from opioid overdose in women has increased by more than 400%, compared to 265% in men.5

Research has also found that pregnant women are even more susceptible to the negative effects of opioid misuse. Use of opioids can stop menstruation, causing some women to believe they can’t become pregnant, and making it difficult to know when a pregnancy has started.6 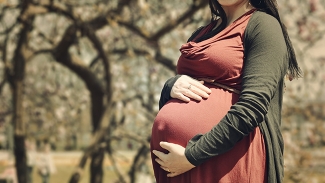 Women also generally start using opioids earlier in life than men, become addicted more quickly, and may trade sex for drugs.7 Between 2000 and 2009, there was a 500% increase in the number of women who used opioids during pregnancy.8

The dramatic increase in pregnant women who use opioids has resulted in a corresponding increase in babies born suffering the effects of opioids. Cases of Neonatal Abstinence Syndrome (NAS) – a group of symptoms experienced by infants who are exposed to opioids in the womb – have increased by nearly 300%,9 and the number of babies who are born with an opioid dependence has increased by 500%.10 There’s a baby who suffers from opioid withdrawal born every 25 minutes.11

Research shows that when a mother uses opioids while pregnant, the metabolites of the drug are able to enter the baby’s bloodstream.12 Those metabolites can break through the fetal blood-brain barrier and interfere with the brain’s development.13 Opioid use also causes fluctuations in the mother’s serum levels, so the fetus experiences the same highs and withdrawals that the mother feels.14 Additionally, using opioids while pregnant can also have a detrimental effect on the mother’s ability to care for her developing baby – by eating well, accessing prenatal care, and keeping herself stress- and disease-free.15

When a baby who was exposed to opioids in the womb is born, the infant may show signs of Neonatal Abstinence Syndrome. NAS affects the central, autonomic, and gastrointestinal systems and includes a wide range of symptoms:

Babies born with NAS are more likely to have respiratory issues and lower birth weight,17 may face developmental issues,18 and have to stay in the hospital nearly two weeks longer19—resulting in $1.5 billion in hospital costs.20

Research has shown that women with substance use disorders who receive prenatal care— including opioid maintenance treatment—have better birth outcomes than those who do not.21 The sooner a woman begins to receive treatment, the better the outcome for her baby.22 Many organizations, including the World Health Organization23 and harm reduction programs, support providing prenatal care for people addicted to opioids.

Prenatal care for those with substance use disorders also has another benefit: It brings women in for treatment. In the same way that syringe access programs allow medical professionals to interact with clients they might otherwise not have the opportunity to treat, women seeking prenatal care can be screened by their OBGYNs for substance use disorder or can receive treatment for medical issues related to the use of opioids.

Effective prenatal care for women with opioid substance use disorders includes medication-assisted treatment of opioid maintenance, rather than an attempt at detoxification. Treatment is intended to manage the woman’s substance use disorder to prevent further use of opioids while pregnant24 and to reduce the impact on the developing fetus.25

Research shows that babies born to women who receive addiction medications during pregnancy fare better than those whose mothers receive no treatment.26 Studies have also shown that opioid maintenance is more effective than opioid detoxification. A study compared methadone-assisted withdrawal with methadone maintenance and found pregnant women who were treated through methadone maintenance were more like to stay in treatment longer, were more consistent about obstetric appointments, and delivered their babies at the hospital where their program was offered.27

Pregnant women who participate in a methadone maintenance program have been shown to:

Methadone maintenance has also been shown to have other benefits for pregnant women, like:

Preventing withdrawal is particularly important: It can cause the uterus to contract, which can cause a miscarriage or premature birth.30 Additionally, methadone maintenance minimizes the dramatic fluctuations in serum opioid levels, reducing the harm a fetus undergoes during repeated intoxication and withdrawal.31

More recently, buprenorphine has also been used to treat opioid substance use disorder in pregnant women.32 While buprenorphine is commonly combined with naloxone for addiction treatment, naloxone may cause hormonal fluctuations in mothers and their fetuses.33 Buprenorphine provides benefits that are similar to methadone in terms of reducing drug cravings and preventing withdrawal. Unlike methadone, which must be administered by a licensed professional, buprenorphine can be issued by prescription.34

Research has found that buprenorphine is more effective at reducing withdrawal symptoms in newborns.35 The use of buprenorphine to treat NAS resulted in lower doses of morphine, a shorter period of treatment, and earlier hospital release dates than the use of methadone during pregnancy.36

Because every substance use disorder is unique, there is no “one size fits all” treatment plan. That applies to which medication to use for opioid maintenance during pregnancy. While buprenorphine has benefits regarding NAS, research supports the use of both buprenorphine and methadone. Medical professionals can use either medication based on the needs of the patient involved.37