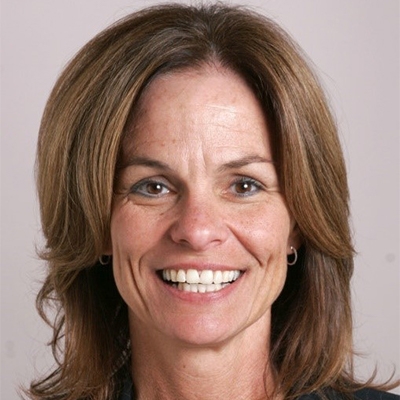 Liz Feld is the President and a member of the Board of Directors of The Suzanne Wright Foundation, founded in 2016 by Bob Wright following the loss of his wife to pancreatic cancer. The Foundation is dedicated to driving urgency and action around pancreatic cancer, with a focus on establishing a bold new approach to federal pancreatic cancer research.

Prior to assuming this role, Liz served from 2012 to 2016 as President of Autism Speaks, the world’s leading autism science and advocacy organization. Liz brought decades of experience in management, strategic communications, and policy expertise in both the public and private sectors. Under her leadership, Autism Speaks achieved critical milestones in increasing the quality of services, research funding, awareness, and advocacy for autism, most notably, the passage of the ABLE and Autism CARES Acts, and the development of MSSNG, a $50 million whole genome sequencing project with Google.

From 2006-2010, Liz served as Mayor of the Village of Larchmont in New York’s Hudson Valley; four years prior to that she served as a Village Trustee and Deputy Mayor. As mayor, she garnered more than $4 million in state, federal, and local grants to support community projects and earned the Village its first AAA credit rating from Moody's Investor Services. During her time in office, Liz became a member of Mayor Bloomberg’s Mayors Against Illegal Guns. She is an award-winning environmentalist and has received acclaim from the New York League of Conservation Voters. She is a Board member of Citizens for Responsible Energy Solutions (CRES), a national non-profit organization advocating for comprehensive solutions to our nation’s energy issues.

Liz has worked as the Director of News Information at ABC News and Senior Vice President of Communications for Nickelodeon. She has appeared on national and local television networks and authored editorial pieces on public policy issues and politics. Liz also served in the Reagan White House; first as a public affairs specialist at the Office of Management and Budget, and then as a press officer for then Vice President George H. W. Bush. She holds a B.A. degree in Government from Georgetown University. She and her husband, Joel Feld, a sports television executive, are the parents of three children.