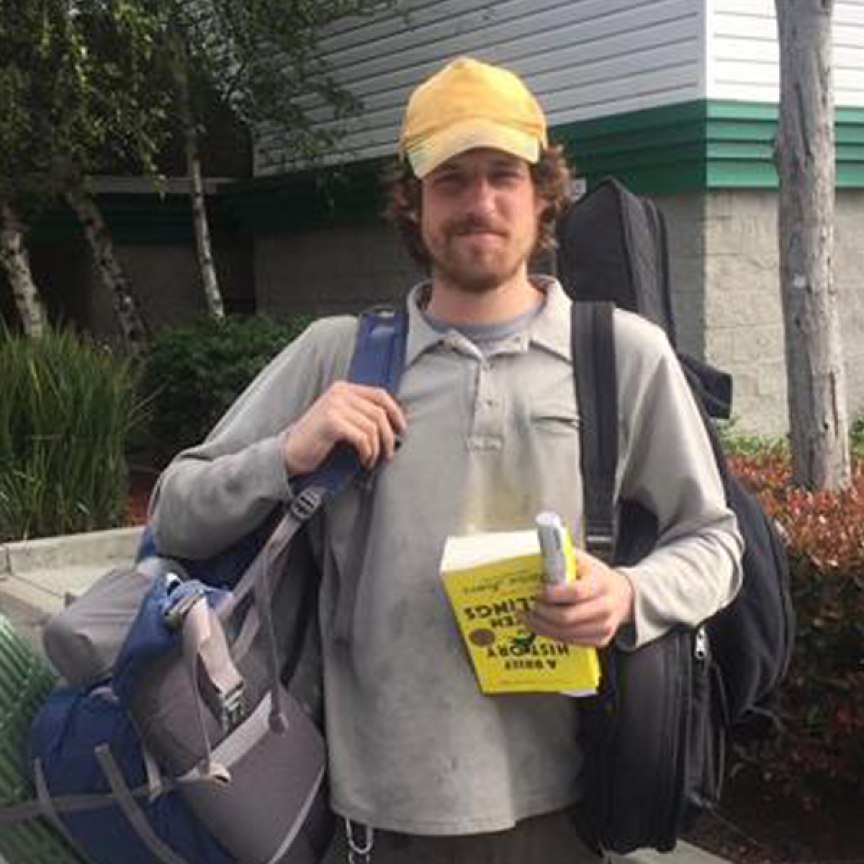 Andrew William Cohen passed away on December 21, 2017 at the young age of 26, from his ongoing battle with addiction. Born November 18, 1991, in New York City, he is survived by his parents, Kimberly Mixer-Coughlin and Brad Cohen, his Stepmother Kerry Durels, and his Stepfather Christopher Coughlin. He is also survived by his brothers, Max & Thomas Heiden, Brennan and Alec Coughlin, and Kyle Cohen, as well as his sisters, Niki Cohen and Elissa Coughlin and his surviving Grandparents, Charles Mixer and Martin and Annette Cohen.

Andrew grew up in Greenwich, CT and was a 2010 graduate of The Brunswick School. He will be remembered as an intellectual free spirit who left traces of his uniqueness in every person that he touched. His thirst for adventure and travel, love of music (notably his out-of-tune banjo), and zeal for defending those forgotten by society are only a few of the numerous ways in which his raw originality expressed itself.

Throughout his struggle, the intrinsic satisfaction he gained from helping others never waned. Andrew was an active volunteer at several non-profit organizations benefitting the homeless, abused, and displaced, including Food Not Bombs and Curry Without Worry. He helped so many people going through the same struggles.

Andrew was a firebrand whose passionate ideals grabbed one's attention immediately. He was not timid in expressing his views, and highly persuasive when doing so. He pushed boundaries, asked questions, and roused those around him not only to contemplation, but to action and change. His influence on others was felt in ways large and small. Whether convincing a friend to listen to a new genre of music for the first time, or making a fervent defense of the first amendment, his ability to leave a lasting impression was uncanny. As the editor of the Brunswick literary magazine, he challenged other students to think outside the box and beyond convention.

While a fierce defender of his own views, Andrew’s true allegiance was to equality, fairness, and a respect for the truth. The examples listed here are simply a few of the ways in which these noble and genuine beliefs manifested themselves.

His actions and convictions underscored the fact that, above all, Andrew was a supremely memorable one of a kind original.

Andrew now joins the growing list of sons, daughters, mothers & fathers who have been taken too soon by an epidemic sweeping our country and claiming over 60,000 lives each year.