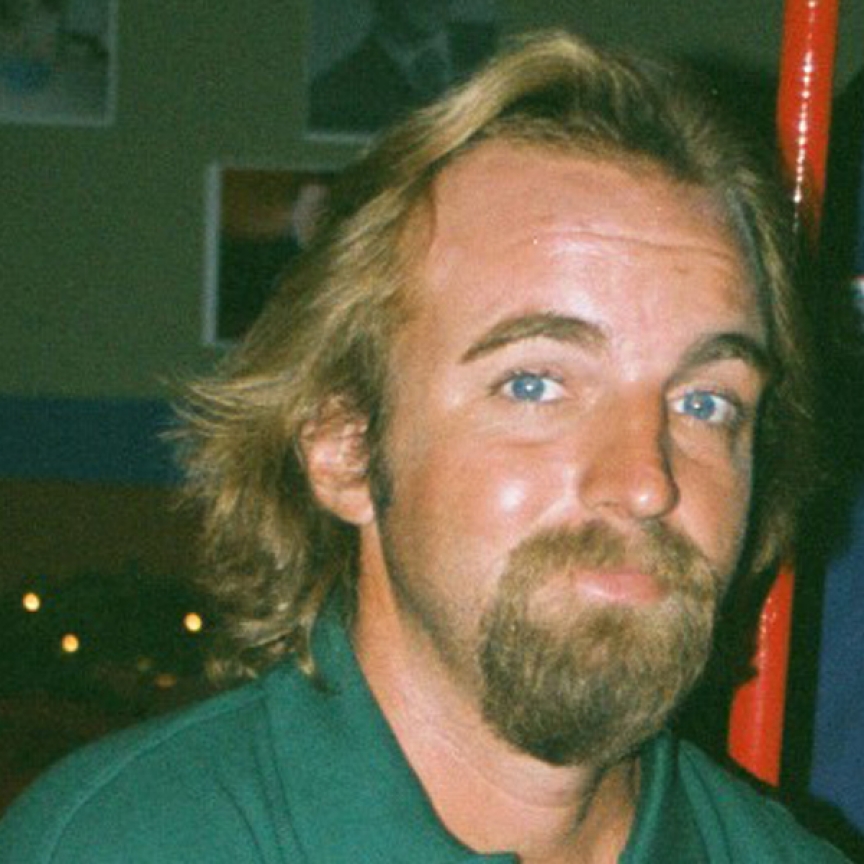 Birth Date
Jan 16, 1968
Date of Death
Mar 19, 2003
(Age 35)
Funny from a young age, he used humor to offer humanity and respect to all. A bright eyed child who embraced life in all its glory, he played ice hockey despite growing up in the desert. Nicknamed "Woodstock" for his likeness to the Charlie Brown character, his blond hair sticking out from his helmet and his small feet deflecting pucks, Bobby Orr was his inspiration. Later he loved woodworking, creating things with his hands. His garden bounty found its way to his ever ready BBQ as the neighborhood grill master. Known as the ""machine whisperer"", Jim could coax outdated machinery into working again and again. Fishing was a favorite past time along with creating havoc with fireworks with his uncles. Where ever he lived, Jim fished often leaving his catch in the sink for his mom to clean (which wasn't well received.) Known as someone who would give away his last cigarette, his last bite of food or warm jacket, Jim never met a stranger. Even now people seeing his picture tell me they know him. Fascinated by learning he followed history and conspiracy theories. Jim loved to read Stephen King, John Grisham and any car or household repair manuals. Without a lazy bone in his being, he loved helping others solve problems especially if it involved a car, a household appliance or any piece of equipment. Jim was my best travel pal, my beloved son and best teacher of life's realities. I believe he continues to guide me from his place of healing and peace."
Submitted by: Anthony Della Camera To edit this memorial, please contact us at info@shatterproof.org or 800-597-2557.