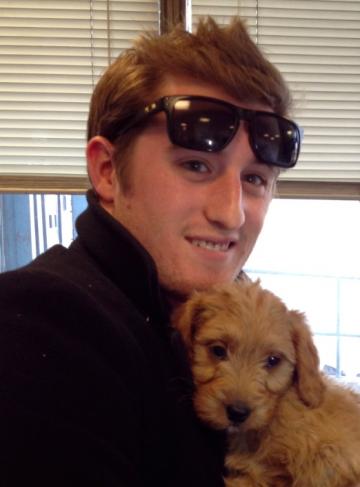 Born
March 1, 1988
Died
December 23, 2012
Tyler was an amazing person! Smart, funny, kind, intelligent, athletic, quick witted, but most importantly, he was a loving and compassionate person.
Bookmark this
Photo submitted by
Jeanne Keister
Tell us about your loved one.
Tyler was an amazing person! Smart, funny, kind, intelligent, athletic, quick witted, but most importantly, he was a loving and compassionate person. He loved his family, his friends and his puppy, Tedi Bear and her sister Telly. One of his proudest moments was being a starter on his high school football team when they became State Champions!
Tell us about Tyler's struggle with addiction
Tyler didn't want this life of addiction. Right before entering High School Tyler, along with his friends, started to experiment with alcohol and pot, which eventually led up to pain pills. At that point, Ty really didn't believe that he would become addicted. His life quickly spiraled out of control when he went off to college. He decided that he needed to move across the country to get away from drugs. He enjoyed a year and a half of living in Colorado, drug free, before moving home again. He had periods of being sober, and relapses, but he wanted to be "100% drug free." He was working on that when he experienced his first, and only, overdose. His family was told that he had a "life ending brain injury" and wouldn't make it through the night however he lived on life support for three more days before dying on his sisters birthday, December 23, 2012.
What made Tyler smile?
Ty would smile and laugh at so many things, especially Tedi, the miniature golden doodle puppy that his sister got him for, what would be, his last Christmas. He announced to his family that this was "The best Christmas ever!" A year later, Tyler's heart, liver and kidneys would give three other families "the best Christmas ever."
What do you miss most about Tyler?
Tyler was the baby of the family so we all had a pretty close relationship with him. We spoke with him every day, which is one of the hardest parts of our new life without him. We miss hearing his silly jokes, the pride in his voice when he taught Tedi and Telly new tricks or talking about his day at work and asking about ours.
Memorial
Bookmark this
Share this