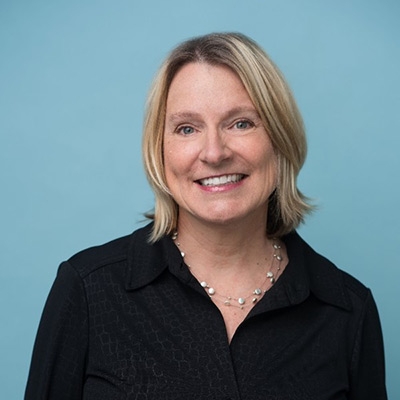 Pam is a nationally recognized leader in health communications. Before joining Weber, she co-directed Ogilvy's global health and medical practice and led the team that developed the award-winning Heart Truth/Red Dress campaign for the National Institutes of Health and American Heart Association, a landmark initiative to build awareness of heart disease among women. While there, she played a key role in the CDC's HIV/AIDS and cancer prevention marketing and communications programs. Earlier in her career, she created a tween-targeted alcohol prevention campaign for NIAAA; and developed a community-based pilot program to reduce alcohol-related injuries and death among college students as part of a partnership with the University of Virginia and various other groups.

Pam was named Washington Woman of the Year in 2014 by Washington Women in PR, and was cited by leading trade group PRovoke as a key contributor to Weber Shandwick's recent Global PR Agency of the Decade recognition. She has a bachelor’s degree in political science and history from the University of Colorado, where she serves on the Dean's Advisory Board of the CU College of Arts and Sciences; and also studied at Harvard University. She lives in Maryland with her husband and youngest daughter, where she's active in her community and is a super fan of women's professional soccer.