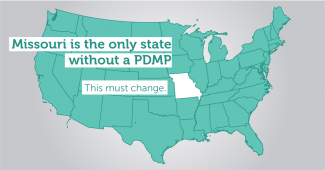 The number of opioid painkillers prescribed and sold ​​​​​increased 4X between 1999 and 2014 in the United States, with no overall change in the amount of pain that Americans report. 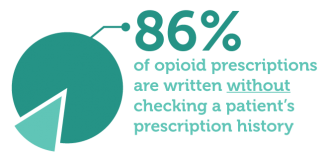 More than 1,000 Missourians are now dying every year, and opioids account for more than two-thirds of those deaths.

PDMPs are state-run electronic databases that collect information about controlled substance prescriptions from in-state pharmacies. They are among the most promising state-level interventions to improve painkiller prescribing, inform clinical practice, and protect patients at risk. 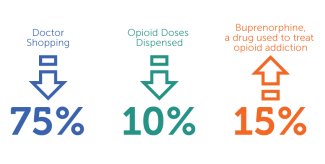 Similar results have been achieved in Kentucky, Tennessee, and several other states.

The evidence shows Prescription Drug Monitoring Programs saves lives, especially when doctors are required to use them. And yet, Missouri is the only state that doesn’t have a PDMP at all. This must change!

The state senate will soon take up a bill that would finally create this life-saving tool. Legislators must do the right thing for Missouri families.