An always and forever struggle 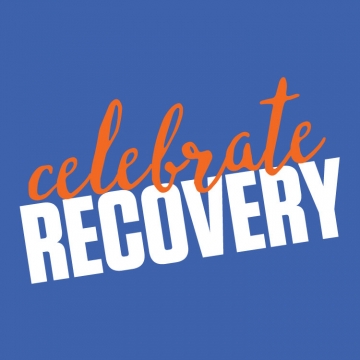 Around June, 2013 (I forgot to put a date when I originally started writing my story but this is close)
Opiate addiction to all pain meds and addiction to anxiety drugs (Benzo’s) along with struggles from depression and anxiety:

Wow, I wish I did not have more to share but I do. I have a lot more to share, more of my story as it has continued. As I write this today things have calmed down and I am healed a lot and I am sober but I have went through too much the last 2 years especially, here it is:

I would have been about 2 years, 6 months into my sobriety, my sobriety from opiates:
I started drinking again and it was socially at first, of course. But of course I am an addict and an alcoholic so it quickly spiraled out of control and my drinking very soon became an everyday event; I would get home from work and start drinking lightly and my idea of lightly was 6-8 beers. I would then wait until I laid my kids down for bed if it was my night with them and I would then start drinking vodka or whiskey. I would drink until I was absolutely hammered drunk, many times until I woke up to a spilled drink on my lap in an uncomfortable position on my couch with movie credits rolling and me being scared as I try to remember what happened, where my kids where, did I even have my kids, is it morning and I missed work, is it early morning and time to get ready for work, etc. I was an absolute mess. I knew I had a problem but gave myself excuses like “a lot pf people I know drink every day and they are okay too” or “I will slow down when I need to” or “ I will stop if something bad happens” that last one is horrible to say to yourself but I did. I would continue drinking every night for around 3 years until I had hit “a” rock bottom. Looking back it was absolutely astonishing I had not lost my job, kids, house, my life in an accident, etc. but I had simply been lucky up to that point. It was in a morning in March of 2017 when I was showering for work when I broke down and cried and cried hard, hitting my fist against the shower wall and screaming inside my head to myself “I can’t do this anymore, I can’t continue to get so drunk every night and go to work the next day hungover, I just can’t live like this anymore” my body had seen the effects of drinking heavy as I was at my highest weight of 250 lbs, swollen face, extra pale skin, bad diet, acne, just not a healthy guy from the high carb, high alcohol diet I had been feeding myself and I was smoking a pack of cigarettes just in the evening hours as I drank. I broke down at a time when I needed to break down, I hit “a” rock bottom at a time when my health, job, house, kids, everything depended on it so heavily because there was no way I could sustain that life without something horrible happening. Call it a miracle, call it God stepping in as I still had faith at this time, call it luck or whatever it may have been but I was able to tell myself “this is it, I am done” and stay done, I managed to stay sober and stop drinking. Today is September 5th, 2019 and I have been sober from alcohol for 2 ½ years straight, I have not taken a single drink in 2 ½ years. I had withdraw symptoms that first week but I was lucky they did not need medical attention as I could have put myself in a dangerous position by stopping after drinking every day for years. I am so fortunate and I mention above that I “still had faith at this time” and I know that is sad and unfortunate and stupid you might think for me to say but as this story continues you will hopefully understand why my faith is lost right now even though I am sober today and have SO many blessings in my life. Let’s fast forward to…….