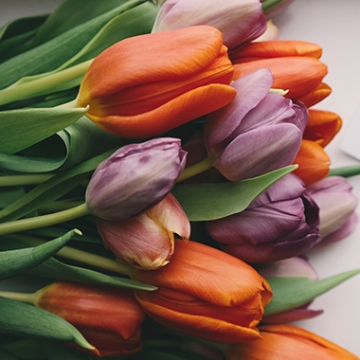 This has been the hardest and worse 10 months of my life. My only son Thomas died of an overdose on July 18, 2016. Just two days before my birthday. A friend of mine messaged me that she saw something bad on his Facebook page. I asked her what it was she told me she was going to do some checking and would get back to me. We were with a friend of mine and her son and me and Seth my Grandson whom we've had legal guardianship since birth on vacation in Ocean City. She called me back and told me my son was dead! I didn't know where he was living or who found him or anything. My husband was working in Syracuse and started making phone calls. I have a seizure disorder which makes me useless in stressful situations. Luckily Cathy knows how to handle me and kept me from ending up in the hospital. My sister Jody was in Pittsburgh on business and drove straight through to be with me and take care of Seth.

I knew this day would come. But are we ever prepared for it? Thomas was such sweet kind loving little boy. We did everything together. As he grew up he went through all the phases of teen years. I had no idea what was going on. He was still so kind and loving. Then he began to become very moody staying out all night. He reeked of pot. That's when we said enough is enough. We put him in rehab for 28 days. Things seemed fine then it started all over again back to rehab. Over and over. He started stealing money, jewelry, checks, whatever he could. During that time he was in and out of jail. Becky came into the picture, Seth's mother. Both of them were living with us. Now we had two stealing, lying, the whole nine yards. She became pregnant and used all the through the 9 months. Seth was born addicted. That's why we took him. They moved to New York. Thomas met a wonderful girl. Brittany cleaned him up, went through all the withdrawals. We finally had our son back! They moved back to PA. He got his job back three years later they had a beautiful baby boy named Gary. Everyone was so happy! Then they moved back to NY. He started working away and came home every other weekend. I could see the handwriting on wall. Thomas and Gary moved in with a friend of his. Within a week he called me all upset to come and get them right now. I went I brought them home two days later they found his friend dead from an overdose. He was very very depressed. I tried to help I talked I listened. I went through four days of meth: seeing bugs, hearing things, you name it. He quieted down for a few weeks then he stayed in his room with Gary in there. I could smell pot. The old friends starting coming around he was taking Gary with him. I couldn't take it anymore. The only way I could get him out of my house and get Gary back to his mother was to put a PFA against him. The last time I saw him was in May in Court. The Judge dropped the PFA. I tried to help him I really did. The next time I saw my sweet kind loving son was in the casket. I spent one hour with him. I hugged him and kissed him and told him how sorry I was. He was my only child. How I wish I could've held him in my arms one more time and told him it didn't matter what had happened in the past I still loved him no matter what. Now his demons are gone the pain is gone he's finally at peace. That gives me some comfort there's still the what ifs. This really is a disease. They can't help themselves. He's in a heart that hangs around my neck. His urn sits on the bookcase right next to my bed. A piece of my heart and soul are gone. But I know they are with you Thomas hold onto them till Mommy comes to get them. One day my son one day. Let your beautiful soul shine down on your boys they miss you. We will never let them forget you. I love you my beautiful baby boy. Forever yours.