I Too Am the Face of Addiction 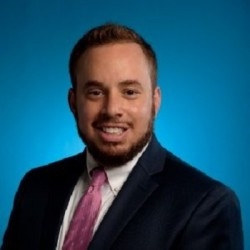 I’ve never met someone with an addiction that wasn’t fighting it in some way. Addiction is a destructive illness that divorces parts of the brain from itself and suspends the sufferer in a constant state of self-battle, like a person continuously drowning who can reach the surface just long enough to elongate the suffering and glimpse redemption yet never fully break free. It shouldn’t be a surprise that the suicide rate among addicts is so high. You can only go through this sort of mental abuse for so long before you reach a breaking point. It doesn’t matter how strong you are. Torture breaks everyone eventually.

I was born into a good family. The oldest of four boys, and I rarely wanted for much. I had love, support, and a plethora of happiness. I went to good schools, played sports, sang in the school chorus and had plenty of friends. But underneath it all was almost constant anguish.

The real trouble began when I was a preteen. I was rambunctious and unthoughtful. I distracted easily, my verbal filter was almost nonexistent, I often ignored the sometimes-fuzzy line between right and wrong and regularly paid the price. My grades were abysmal, I’d been suspended over an anti-Semitic-comment-spurred fight (I was raised Jewish), and spent more time in detention than the supervisor. In short, I was the poster-child of the 1990s ADD/ADHD medication ‘awakening’.

Unfortunately for me, this was the mid-90s and my generation was essentially being used as lab rats in a prescription-drug experiment. I was put on my first medication in middle school and, except for a few weeks in high school when a fellow test subject and I threw away our medication (a rebellion that ended when our detention slips began to stack up), I wasn’t off pills until I finally swore off them for good at 23. By then I’d slipped deeply into a psychiatrist and psychologist-fed and supported addiction.

Looking back, the actions of these men so trusted by my family is shocking. While certain aspects of my ‘overactive’ child-ness did diminish with the four or five different prescriptions that were thrust upon me throughout my teenage years, my brain was never given a chance to mature and adapt to adulthood. When my psychologist explained, a few years into the grand experiment, that I was beginning to show signs of a mood disorder, my family believed him. I believed him. We trusted him. It couldn’t be that my brain was more addled with constant chemical inundations than peak-Keith Richards. That wasn’t possible. He said I was sick. So I was.

I want to make it clear that I’m not diminishing the significant work that has been made in the field of mental health over the past few decades. The groundbreaking progress we’ve seen in research, diagnosis, and the understanding of mental health is truly one of the greatest achievements in recent memory and this cannot be understated. But the field is made up of men and women who are fallible.

While I want to believe the men who treated me truly believed they were helping me, my descent into the depths of severe mental health struggles continued. My ADD/ADHD flourished and with it came other symptoms including mood swings, obsessive compulsive behaviors, and paranoia. My psychologist had answers for all of this, eventually labeling me bipolar and recommending to the psychiatrist a cocktail of drugs, ever changing and growing, that he was more than happy to prescribe.

By 21, I was so hooked that I carried around a backpack full of pill canisters and I was swallowing months-worth of prescriptions each week. In under a decade, I’d gone from hiding pills in a banana to trick my throat into accepting them to swallowing them by the handful without water.

Gradually I lost everything. When I turned 21, I had a job, I was in school, I had friends and a loving family. By the time I was 23, most of that was gone. Mornings were too-often spent on my bathroom floor after experiencing nighttime withdrawals and days were spent lying on the couch, unable to do much else. Twenty-three was when I gave up. I dumped out a lethal dosage on my coffee table and called a friend. I was done.

Luckily, thanks to that friend and a few others who truly cared about me, I ended up in the hospital instead of the morgue. The next six months were spent in and out of institutions. My eyes were opened, and I began to see what real mental health looked like. I couldn’t describe why I was different, but I knew I was. It all came down to one fact I couldn’t square. Prescription drugs weren’t helping me. Instead, it seemed like they were making me worse. Naturally, my psychologist didn’t want to hear this. It was at this time that I started to protest heavily. It didn’t feel right. Over my objections, I wound up in a second institution, in the woods of Massachusetts.

There, I was fortunate to befriend a few wonderful people suffering both mental health and addiction and I began to see how my plight more resembled the latter. After three months of fighting my label and suggesting that maybe, just maybe, the drugs were to blame, I decided to trust myself for the first time in my adult life and checked out of the institution. I went to live with my grandparents in Arizona where, over four agonizing months, I entered recovery. I took my last pill in the spring of 2010. I was finally free.

Over the next few years, as my brain healed and finally experienced the growth that had been denied it during my teenage years, many of my symptoms disappeared and I truly learned, for the first time in my life, who I was as an individual. So much of me had been the drugs. What was left behind, after the excruciating experiencing of detox and years of work and personal and mental evolution, was me.

Addiction is a real illness. It’s a horrible, soul destroying sickness that can ravage a person mind, body, and soul. Yet, all too often, the people suffering through it are directed shame rather than understanding. They are treated like they welcomed their illness. Thankfully we don’t treat other illnesses this way. Can you imagine shaming a person suffering from lung cancer and denying them treatment?

This spring, I will celebrate 10 years in recovery. To mark this incredible occasion I decided I’m done sitting on the sidelines as people just like me continue to suffer. I want to dedicate myself full time to working to better the lives of those suffering with issues of addiction and mental health and help create a systems change in how we treat, view, and talk about these topics. This is truly one of the most pressing issues facing our country and we’re not doing enough. We never have. Whether the crack epidemic in the ’80s, the heroin epidemic of the ’90s, or the current opioids-heroin-fentanyl epidemic, if we continue to only attack the drugs causing deaths instead of the underlying issues underneath the substance use, we will never truly solve the problem. We must do both, equally.

Now comes the ask. If you are currently struggling with issues of substance use or mental health, a person in recovery, someone working to end the stigma around these issues or even someone who disagrees with me on this topic, reach out because, above all, I want to hear from you. Because only together can we create a real impact. It’s going to truly take all of us.

And if you’re currently struggling, know that there are people out there for you. You’re never truly alone and your story is never over. Reach out and someone will respond. To everyone else, spread love. There’s never enough.

You can do it! We can all do it. But it takes support. It takes love.