Knowledge is Powerful - Action is Required 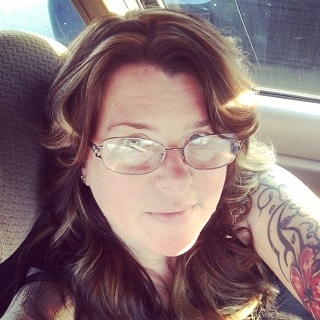 As a child of someone suffering from addiction and alcohol use disorder, addiction has touched my life from an early age and was a huge portion of my life. I lost both of my parents to addiction. I have suffered from their and my own addictions. My children have suffered from their and my addictions. Addiction touches every part of my life and the lives of those I love. It has taught me more about myself than I could ever imagine and it has taught me more about forgiveness and love than anything else in my life. I had to learn to forgive my parents and love them for who they were, just like my children have had to learn to forgive and love me as well. I know I have more strength and courage within me today than I ever knew existed. Addiction filled my life with fear, anxiety, and dread. Today, I am sober and I am a survivor.

You are stronger than you think and you are worth more than you can ever imagine. I have stood in a hundred classrooms and explained that Hollywood has romanticized our lives and deaths and whenever a famous person with addiction dies, it is all we hear about for days on end. But, what about the person in your neighborhood suffering from addiction? The one that lives down the street? We die every day and there is nothing romantic about it. But not one of us should die ever from addiction. Knowledge is power. This is a disease and it can be beaten. There is a better way for all of us. Life is worth living. There is help out there. We can overcome. We do recover.

My story starts young. I remember falling off a tricycle drunk when I was little. My dad would let me have the bottom of his beers. He thought that if alcohol was like kool-aid, available ... that I wouldn't end up an alcoholic like him. But, I did. My father drank from the time he was a teenager. My mother was an opioid and benzo addict. I just thought we were your normal middle-class family. I was wrong.

I snuck in my dad's beer whenever I could as I got older. I started smoking when I was 11 years old. I took my mom's pills, smoked weed, did cocaine and speed, and anything else I could get my hands on. I partied all through my earliest teen years. I thought it was cool. By the age of 19, I was a junkie. I was a drunk. My life was completely out of control. I had been raped and beaten. I had tried to kill myself twice ... but I wouldn't stop. It all started out as fun but ended up being anything but. I was a liar. I stole to get drugs and food, but mostly drugs. I was homeless, bouncing from couch to couch.

At 14, I went to my first AA meeting. I knew I was an alcoholic, but I was too immature to really get into step work and I was incapable of being honest ... so I didn't go to meetings for long.

I finally got off the harder drugs but I wouldn't stop drinking, taking pills, or smoking weed. All through my early 20s and 30s, I drank. Sometimes I would tell people I was sober, but if I wasn't drinking, then I was doing pills. If I wasn't doing pills, then I was drinking. I was never really sober or clean. If I did stop drinking for any length of time, I would eventually convince myself that I wasn't really an alcoholic and I would start back again. When I could just have one or two beers, it would strengthen my conviction that I didn't really have a problem. But, I could never drink just one or two for long and eventually I would go on a binge. I started binging in my mid to late 20s. I didn't like drinking around my children so I would wait until they were spending the night with friends, or at my sister's or mother's house. I could drink myself drunk and then sober and then drunk again. I would go back to AA, then end up drunk again and quit. I had a real problem with honesty and taking responsibility for my own behavior. I didn't like anyone calling me out on my own bs either.

I was smoking two packs a day, had been through a number of relationships, and was on pills pretty bad by the time I hit my 30s. I had a doctor giving me 300 Tramadol a month. He said they were like Tylenol, but with my muscle relaxers, benzos, and everything else I was taking ... they were all I needed to escape reality. During that time, my father died while drinking and driving. Shortly after, I got involved with a man and I married him. He was a predator and when I took all my pills at night so I could "sleep" ... he preyed upon my children. I didn't know at first and before I found out, I overdosed on alcohol and I almost died. I couldn't get out of bed for three days. By the time I did, my doctor said I was lucky I didn't have a stroke. I was just in my mid-30s. When I found out that my children were being molested, I fell apart.

I entered back into recovery through church at first. I was broken and my world had been turned upside down. But, after a few years, I felt I was going to get drunk again if something didn't change so I went back to AA. This time, I got a sponsor and I worked the steps. I really worked the steps. I got honest. I took a real hard look at me and who I was and who I wanted to be. It was hard, but it was worth it. I started working in recovery and sharing my story with other alcoholics and those suffering from addiction. It changed my life. Then my mother died from complications of her own addictions. It changed my life even more.

Going to AA and working in recovery and in mental health, I have learned so much about this disease. That knowledge has given me the tools I have needed to learn more about me, why I do the things I do, that I am not special or unique, and that the knowledge that others have gained will work for me too if I just apply the principles. There are so many books on addiction and alcoholism, co-occurring disorders, coping skills ... and the more I have learned, the bigger my arsenal has gotten. The more I have worked with others, the more my understanding has developed. When it comes to this disease, action and knowledge are key.

I have been sober now for 11 years and they have been the best years of my life. Not because nothing bad has happened to me or around me. Not because I have everything that I want either. It is because I am sane today and I am responsible today. I have a way of life, principles to live by, and a purpose. I am sober today and I have acceptance today. I am 46 years old and I am the happiest that I have ever been, regardless of whether the day is good or bad. I know I can get through it without a drink or a drug if I just focus on today. Yesterday is gone and tomorrow is yet to be. I can't change yesterday and tomorrow will take care of itself. I just have to focus on today.