A Lifetime of Pain 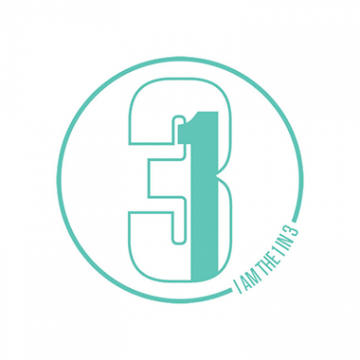 My story starts when I was about 12 years old. I would steal my dads whiskey and find ways to get beer. By the time I was 16, I knew I was an alcoholic. Today I have cirrhosis, kidney failure, and numerous times I have been give a "time frame" to live by doctors.

Through my high school and college years I was able to keep it under control, for the most part. I still drank every day. Unfortunately, alcoholism is a progressive disease and mine only got worse. November 17, 2009 I was shot eight times at point blank range in Chicago. My BAC or blood alcohol content was tested at a 5.2. I should have been dead from the alcohol. This was the second time I was tested above 5%.

When I got out of the hospital after nearly a month, I immediately went into a 28 day program. The day I got out, I went to the liquor store and purchased a 1.75L bottle of vodka and whiskey. I drank both that day. After being shot I developed and still have very bad PTSD. The alcohol cleared my mind. I spent the next four months intoxicated and never leaving my apartment in Chicago.

I moved to Georgia to be near my family because I was in such bad condition. By the time I got there, the first day I had the DT's so bad that I had to be hospitalized for over a week. I was detoxed medically and then remained sober for nearly eight months. My longest period of sobriety since I was 12.

I did, however, start drinking again and after three DUI's in three months was held in custody for nearly a year. Upon getting out I went into a court supervised DUI program and did very well staying sober for 14 months. Unfortunately, as any "good" alcoholic will tell, it never goes away and upon getting off probation, the first day I bought a 1.75L of vodka and whiskey and have not stopped since.

Over the last year I have been hospitalized every month. Mostly in ICU. The last time I was in, March '19, I had vomited 2-1/2gals of blood and had to be resuscitated with a defibrillator. Unfortunately, I live one more time.

I sit here today, after listening to Sister Hazel's (my favorite band in the world-I've seen them nearly 50 times) You Won't See Me Again, with a whiskey and coke. Every day gets harder and most days I just want to die. I could never take my own life though. So I drink. Essentially a slow and very painful suicide.

Anyone who knows or has been to where I am, you understand. If you're reading this and you are not there yet get and or ask for help. It's not too late for some of us. When you get to the tables of AA stay there. I don't wish my story on anyone. Not even the man that shot me. I share my story today: 1) because Sister Hazel is part of this organization and 2) and most important, if I was able to help just one person that reads this, praise my higher power.

God bless to all that continue to struggle and are struggling.