My Baby, My Daughter, My Addict 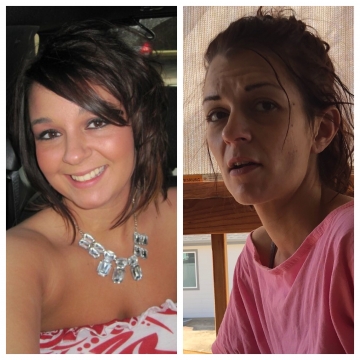 I’m 48 went from being almost retired to raising a newborn and 15mo old. My ENTIRE life has changed.

We NEED TO STOP THIS EPIDEMIC..!!

My baby born in 1989 beautiful, healthy 8lb girl. She had a charisma about her that caught strangers eyes. Always being told how beautiful she was... At the time what a blessing. Little did I know that it would eventually become a curse.
By the time she hit 7th grade she was outgoing, modeling, pageant winner, going to the best schools, athletic, and at 14 started being chased by older boys. Boys with Mercedes from high-class families. She was a manager at every job she had. Popular, happy, cheerleading, walked out of high school into a $60,000 a year profession. At the age of 18 something changed. She seemed damaged somehow. She began dating the “bad boys” friends were changing. She gave birth to a beautiful daughter. Owned a home, car, seemed to have everything.. but love. Fairytale unrealistic love.
By the age 20 she was going through several hundreds of dollars. Stupid me.. I thought it was a shopping addiction. That’s when I was confronted with the truth. My daughter was addicted to opiates. I’m pretty sure for the next 5 years I looked just as insane as her addiction. Always trying to make her get sober. She lost everything in less than a year. Including her child. I thought.. this has to be the bottom. Now she will certainly get clean. But it turned from pills to heroin. Shooting up, using meth, benzo’s, stealing, lying, homeless, carless, friendless, and now a felon. During this time she lost over 5 friends to overdose.
Our community was wealthy and refused to see the epidemic that hit our small suburban town. I thought this has to be the end of the addiction. Nope, rehabs, jails, detox, change in residential settings, halfway houses. But it continued. She was a 100# when finally arrested on felony warrants. She spent 6 mo getting clean, changing her life. But then Joey passed away. He was like a son to me. Yes, heroin, fentanyl overdose. 2015 but she seemed to be sober, doing therapy, moving forward and using his death as a strength. She relapsed, became pregnant with her second child, and was facing a prison sentence. She escaped the sentence by being put in the halfway house. Then on ankle monitor at home. She gave birth to a beautiful little girl. She worked hard to get her rights to her oldest daughter back and succeeded. Then 01/2017 something began to change, weight loss, anger, hostility, defensive. She lied, made up reasons that were convincing. By June 2017 she was 110# going from 150#. She was pregnant again.. this time using and my grandson was born 10/2017 addicted to heroin, opiates, meth, benzo’s, cocaine, Morphine.. to list a few. She lost all her children AGAIN. She is still using and the last time I saw her she was so emaciated at 70#. My daughter is going to die... but without $$ or great insurance there is no help for people like her...I worry, but I’ve had to let go.. she is no longer my “baby”or “daughter” . My baby, my daughter, is a heroin addict.