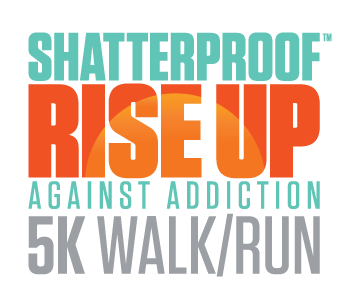 My story, well I’m a mother. A mother whose heart and soul were taken from her due to addiction. I have twin daughters 25 years old. We lost their father 7/4/98 due to a heroin overdose and life changed forever!! He and I were together for 10 years. I met him at 16 years old. At 20 years old, I found out I was pregnant with twins!! It was a really hard pregnancy. I was 100lbs and ballooned up to 260lbs. It was extremely hard on my small body but that was expected. What wasn’t expected was the emotional stress that came my way when I found out my husband was using heroin. I can't even count the days and nights of looking for him, days and nights of worrying to the point of physical sickness. Fast forward 10 years and I found myself burying my soul mate, the only man I’ve ever loved so much it hurt. I thought the pain I was going through couldn’t possibly get any worse, losing my husband and watching my babies grieve for their daddy. Fast forward again 10 more years. I’m now married to a great guy who took care of the twins as if he were their biological dad but there’s no comparison. Even though my first husband suffered from addiction, I could never love another man they way I loved and still love him. I tried to ignore my grief and give my twins a “normal” childhood and I did for the most part. My one daughter Alexandria, beautiful, beautiful, blue eyed Alex, became pregnant at 20 years old and gave birth to my incredible grandson Adrian. Three years later grandson number two came along just as beautiful as his brother with one exception...he was born addicted to opioids. DYFS took custody away from my daughter right away and my battle began. Although I had physical custody of my grandsons, I didn’t have legal custody. I had to fight HARD for one full year to get full custody of both babies. In this time, my daughter Alex and her boyfriend were to complete services put in place to regain custody again, They tried for a few months but that didn’t last. Visits promised never happened, if they did come for a visit they were high so I had to stop the visits for the mental health of my oldest grandson who is now 7 years old. His father was found, overdosed in his mother's house, 40 minutes with oxygen to his brain but somehow EMTs were able to revive him although he was in a coma for 3 months and now in a permanent vegetative state. My daughter, my beautiful, beautiful, blue eyed baby girl lost her battle and her life 7/13/17 and I finally realized...all the pain, all the grief, life altering, heart shattering pain I’ve lived with for 20 years after losing her father was NOTHING compared to losing your Baby Girl.
I’m writing all of this in HOPES this reaches just one person and can make some sort of difference so that no other mother, father, sister, brother, son, or daughter will ever have to know the pain of addiction.
All My Love & Prayers,