My Journey to Recovery 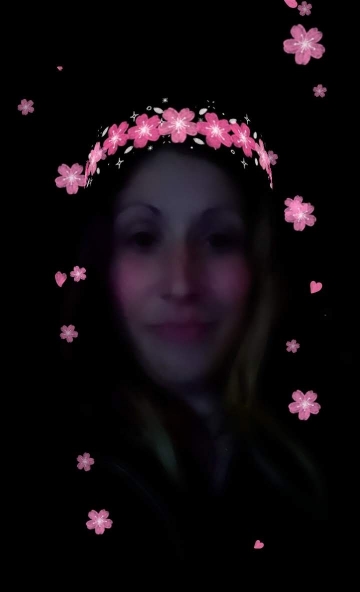 I'm a 39 year old single mother and on parole. I'm trying to start my life over again. I know all too well the struggles and pain that comes along with trying to get past the past. I've made poor choices that follow me around like a shadow.

As a child, I always felt different and very troubled. My dad was an alcoholic who was abusive towards my mom in front of me and I still remember those incidents as though they were just yesterday. Because of my witnessing of those incidents it affected my ability to choose men who were NOT like my dad.

Even at 39 years old, I am still constantly having to be aware and fully conscious of who I get romantically involved with which means I now do not rush into anything like I used to.

At 16 year's old, my dad left my life altogether, and the only time I heard from him was when he needed money, always promising he will repay me, which never happened. He is still an alcoholic. I don't send him money any more so I don't hear from him. Growing up I always played by my own rules, prided myself on breaking the rules and not being afraid of anything. Doing things right and getting good grades was not what I was good at. I was far from "normal", let alone did I ever feel anything close to it. I found a way of life that I was good at. I was a rebellious kid and a serious troublemaker. I liked that image because I thought it fit me so perfectly. However, it didn't. I just had no other road map to follow and this way just seemed the easiest.

My stepfather and I never really developed the kind of ideal relationship necessary to build a real father/daughter foundation. The two major reasons were one, I was not the kind of daughter he could be proud of due to my difficult behavior and lack of motivation, and two, it was his frustration at those things about me he couldn't understand. And for those reasons he was verbally abusive and attacking every chance he got to voice that opinion to me in the most hurtful and damaging ways.

To this day, I still cannot recall one time he ever said anything to me or about me that wasn't mean and hateful. This caused a huge rift in our family, especially in me. The damage of his words undermined any possibility of me growing up with any self-esteem intact. More things from my past that I still live with, negative feedback replaying over and over in my head. I figured that all those bad things I was constantly told must be true and if he believed it then I would make sure he got it. That further fueled my dedication to continue on with being the "worst of worst", as he would say and I did so with no second thought or hesitation. Somewhere in the back of my mind I was actually self-destructing to prove a point to him. Even thinking about dying at my own hand then he would finally see how much he hurt me.

It was so distressing to feel so different and so conflicted every day of my life, never able to talk about what I was feeling and going through with anyone.

By 15, I was first introduced to what would become my best friend and my worst nightmare, methamphetamine, aka meth. I was instantly hooked and it was the answer to all my problems. I felt so good about myself and so confident! I easily interacted with other people. And it seemed that my depression and self-consciousness was gone. That feeling of being not just "normal" but actually happy and for once very content with myself was the feeling I loved and would search for everyday. I was fully aware that I had opened the door and let in that lurking disease of addiction which was already deep within me. I didn't care. It was now too late to even think about fixing my problems in a healthy way. From that moment on, I wanted my quick fix and that meant more meth.

The years that followed were further into my addiction with greater and greater consequences.

At 17, I dropped out of high school and by 18, I was no longer living at home. I was also arrested for the first time as an adult for being under the influence which got me two rounds of court ordered drug diversion classes. I eventually couldn't continue hiding my drug use and failed the classes right before I was due to finish. I was referred back to court for sentencing. I was a mess. I couldn't go home since I had warrants now and still heavily on drugs. I was living here and there, mostly with boyfriends who also were my drug dealers. The bad boys were so appealing to me and I felt the most comfortable with them. Things never worked out with any of them, mainly because when you are on drugs, there is no way to have a loving, stable, respectable relationship with anyone. My relationships were chaotic, unhealthy, unhappy, clouded with drugs, paranoia, and constant worry. But at the time that was what felt normal and comfortable for me and looking back, sadly that mirrored my childhood with my alcoholic father. This kept me stuck in a cycle of destructive behavior and extremely poor choices.

The next few years was such a blur that it saddens me to think how much time I've wasted and spent running from the cops on drugs 24/7. I was in and out of jail. I rushed through my 20s so quickly that sometimes even now as a 39 year old, I mistakenly say that I am 21 when asked how old I am. I have a lot of regrets sadly, but at the same time, I can also say that all of my mistakes do not have to forever define who I am. I am not the bad choices I made, and it's not me as a person.

Today, I am on parole for the first time. I am a single mother of two beautiful and wonderful little boys, ages 9 and 6, whom I love more than anything else in this world! I battle my demons everyday but the difference now is that I've made a choice to actually fight for my life! I am no longer allowing myself to be a victim to my past or to my addiction. The possibility for relapse is always there, just sitting around waiting to be given the chance to take over-if I let it. That's the great part about it, I have the CHOICE as to whether I go back to my active addiction or NOT.

I can stay locked in my past and live like a victim, or I can leave it in the past where it belongs and move on with my life, which will be used for being the best mom I can be to my children and not repeating those mistakes.

I hope by sharing my story it can bring light to what others going through similar situations can relate to. I pray that my story will help at least one person struggling and feeling alone and give them a new sense of knowledge and power to not stay stuck. Take an active role in your own life and future and ask for help when you need it because help is out there. All you have to do is speak up and ask!