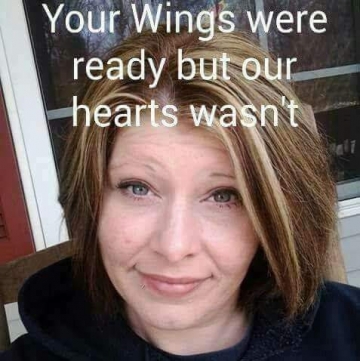 Addiction has touched my life having suffered silently on prescription medications due to several debilitating injuries over different times of my life. It has touched me by claiming a loved one. It touches me by seeing so many people think that medications are the only way, the only treatment, the only option. It touches me and encourages me to be a voice for others who suffer silently.

I am a face of addiction to prescription pain medications. I am a voice for others like me who have suffered silently, who wants to share with others they are not alone and there are other options.

I have been around addiction my entire life. My father was and is an alcoholic. My first marriage ended due to his addiction. My current marriage almost ended due to his alcoholism, but I'm happy to say he is sober today. I was addicted to opioids after a foot crush injury in 2009 that left me unable to walk for six months. Then in 2014 I had a knee surgery that went horribly wrong that left me on them again, upon which I became addicted. The last year has left me free of the need for pain medication but in line for a total knee replacement, which will have me on them again so its a constant battle. The biggest part of my story happened February 11th of 2017 when my sister died from an overdose. I rise up to stand with those who have had to struggle from dependency due to physical disabilities that required pain medication. I rise up because having lost one sister to her addiction, I am currently at risk of losing the other sister because her dependency to prescribed medications has led to other street drugs. I rise up because I know the struggles and I know that I am not alone.