My Young and Beautiful Struggle 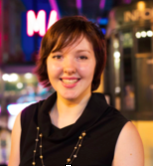 Obviously, for one, I'm suffering from addiction myself. In my 18-year-old life, I've spent nearly a third of that time in my battle with addiction and continue that fight. I also have several friends and family members who also struggle with addiction. Additionally, as much as I value the twelve step fellowship I am involved in, I have been around long enough to watch several people in the program go back out and not make it back. I think a lot of times people are too ashamed to walk back into the rooms and, instead, stay out until they overdose and die. I hate the way society stigmatizes addiction because it clearly affects both my own struggle and the struggles of those around me.

If you are in recovery, remember no one's recovery is perfect, and remember relapse doesn't HAVE to be a part of your story. Every time you relapse you are gambling on your life. If you do relapse and survive, do not be ashamed. The most important thing is that you keep fighting.

Sometimes I feel like this fight is endless. And if we're being totally blunt about it, it is...addiction is a disease that I've battled since I was 13 years old and will continue to battle for the rest of my life. The difference is that, today, I know I don't have to suffer anymore.

Like I already mentioned, it all started for me at 13 years old. Dealing with anxiety, depression, and various external issues with my family and school life, I decided to get high out of my parents' medicine cabinet. Valium was the first drug I ever touched. It gave me a feeling of contentment and escape that I hadn't experienced before. For the next few months, I dabbled with different benzodiazepines, until I eventually came across a different type of prescription drug: opioids. From the moment I took my first Vicodin (or more like my first handful), I was hooked.

Opioids tore my life apart. What started as my most favorite, satisfying coping skill became my worst nightmare. I stole pills from everyone I knew, trapped myself inside a web of lies, became physically dependent on the drugs, and watched myself spiraling towards death. My addiction led to destroyed relationships, several ER visits, and, eventually, after finally stopping (for the first time), a painful withdrawal. After several weeks of vomiting and restlessness and aching followed by a loss of appetite and severe depression, I promised myself I would never take the drugs again. It took me less than 60 days to break that promise again.

When I was 15 years old, my parents and I decided together that I needed to go to treatment. I spent three months in a Wilderness Rehab program followed by a year and three months in a Residential Treatment Center. I took a hard look at myself, spent time mending the relationships with my family members, and developed new coping skills to help me manage my life. After leaving treatment, I joined and became heavily involved in a twelve step community and continued outpatient counseling. I stayed clean for over a year out of treatment (two years and nine months in total) and built up a solid foundation of recovery. In that time, I graduated high school, was accepted into my top choice of a college, and accepted enrollment: three things I believed I would never be capable of after several years flailing in active addiction.

As much as it pains me to admit, I let that foundation slip away and relapsed with nearly three years clean. Due to its availability and relatively low price, I used heroin this time, and jumped straight into using it intravenously. Thankfully, because I still had a strong desire to stop using and had shown myself that recovery was possible, I was able to stop using after four days. It was incredibly discouraging having to change my clean date, but I didn't give up.

And now here I am, 18 years old, at college in Boston, Massachusetts--a long way from home in Seattle--where I continue my battle. I relapsed on heroin yet again when I first arrived, and again felt an immense wave of discouragement. Yet again I pulled myself back up. I still wish I could be writing this story with three years clean or even 90 days clean instead of five days clean (how long I have today), but I know that every person recovering from addiction has a story to tell. I am continuing my fight, and as long as I am alive and in recovery, my story is a story of hope and I am fighting the stigma that keeps me locked in shame.

I'm done waiting for this fight to be over. I'm ready to surrender and see my journey of recovery as just that--a journey, not a destination that I will arrive at some day. I no longer have to live in the grips of a disease that will kill me (and yes, it will kill me- heroin is killing people, pills are killing people, ADDICTION is killing people every day) and can instead embrace my beautiful struggle sober.