Never take Your Mother for granted.. 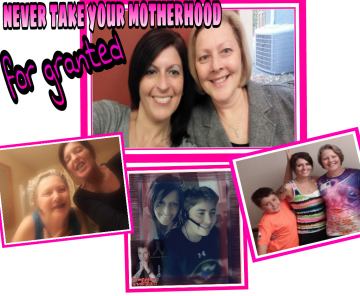 I had always hoped I would get the chance to be a mom someday. And 13 years ago God blessed me with my one and only son Braeden. I couldn't imagine my life without him. However I was very close to losing him because of my addiction.