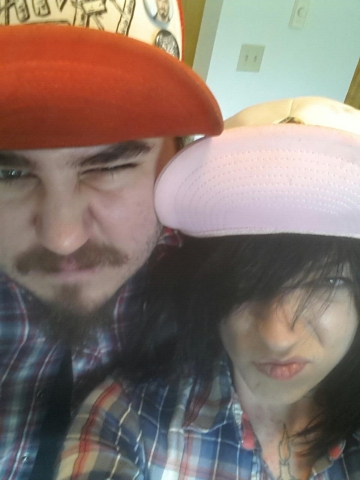 I have been in recovery for 8 years and counting. In that time I have seen the success of my little brother, and the failure of my best friend that ended in suicide. I’ve watched my uncle turn his back on me and walk away in the snow to find that elusive next drink.
I have been an alcoholic for my entire adult life. I have had disordered drinking since the day I started drinking at 14 or so. At 21 I was pregnant and justifying the occasional drink. It never crossed my mind I had a developing problem. After my divorce at 24, my drinking problem blossomed. I poured every bit of pain and confusion I had into my habit. I was good at it.
Over the years I got myself into many problems. In some situations I was sexually loose in the name of getting that next drink. In some situations I found myself in real danger.
At one point I went on a date with a man that resulted in me being trapped at his home for 24 hours. This night and my reaction to it, was a direct result of my alcohol abuse, lack of self respect, and inability to have a voice. Though he trapped me there and blamed my drinking for the reason why he thought it was okay, though he assaulted my breasts all that night because I was able to convince him to not have sex with me due to an STD I claimed to have, though he forced his way into my home after finally dropping me off only to further blame me for the night before, it took well over ten years to realize it was assault. I still forget to trust drunk Jen.
I was able to go to detox and treatment eventually, and I got sober. My entire life changed after that. After treatment I got full custody of my son. I got a new job and have since been promoted multiple times. I have gotten married to an amazing man. I have watched people I love get sober.
I have also lost. My best friend and old drinking buddy was never able to get more than a few days sober. One of his struggles was trying to get sober without anyone finding out he had a problem. He had a public facing job and didn’t want to run the risk of his clients losing trust in him. Eventually, he cracked. The pressure of his addiction and all the desperate chaos that comes with it, became too much and he killed himself. I’ll always feel a bit like I left him behind to die while I moved on to live my sober life.
I’ve seen many people too afraid of judgement to seek treatment. I’ve seen first hand how people’s perception of you changes when they find out you’re an addict. I’ve also seen that this community is lucky enough to include some of the brightest, most colorful, most brilliant, and most sensitive people to on this planet. Normalize treatment

Helping change the perception of addicts and the journey of seeking treatment can save lives.