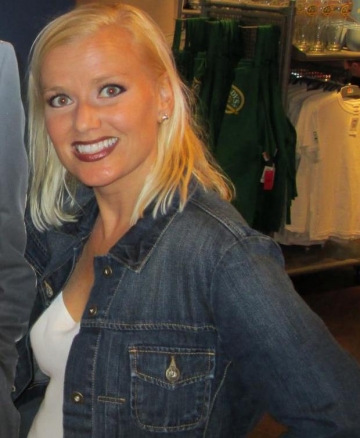 There has not been a day of my life unaffected by someone's addiction. I was born into it, sat next to it in the church pew and fought for the life of my son against it. Because of addiction, I have never had a normal Mother relationship in my life, I don't even know what that would be like. I have spent most of my adult life studying family conflict, dysfunction and behaviors related to addiction. Addiction is the shadow that looms over every day of my life, yet I will never consider myself its victim. I have strength, knowledge and many deep, trustworthy relationships as a result of my recovery work. Families DO recover!

THANK you for the work - it's far reaching, life changing and difference making!

I am the youngest of six. Four of my older siblings were born into my parents’ violent marriage. My Dad was an alcoholic who quit drinking and became obsessed with religion and self-help (becoming what is known as a “dry drunk”) just before the younger two of the six, my brother and myself, were born. When my mother was eight months pregnant with me their house caught fire and burned down. They moved their family in with my Mother’s parents and her college student brother, who at that time was pursuing the music scene, taking acid to intensify his musical experience. Chaos.

It was not discussed what they had experienced prior to my birth, but my brother and I were born into the aftermath and noticeable misery of it. The rhythm of our home-life was anger, depression and poverty. So many down trodden personalities combined with confusing church practices. There was no active thinking toward working at bettering life. Our family lived from crisis to crisis.

I became a Mother at 18. Once my son was born, I was focused on finding our way out of the oppression I grew up in. I practically read the Boundaries books and concepts of the DSM to him for bedtime stories (not really, but I might have if they came with pictures).

I worked hard to put my son in private school and attempted to give him a completely different home setting than I experienced. Despite that, crisis swept through our lives again when at 17 he suffered a broken jaw in football and was given prescription Percocet. This began a six-year horrendous journey through the darkest depths of opiate addiction.

My son’s battle with dependency exposed my Mother’s own prescription pain medication abuse. Which had been well disguised, as she is literally the church lady.

Once again our life was filled with chaos, conflict, crisis and total madness for our family. It seemed at times like the worst darkness imaginable. Most of my relatives were in either denial or stunned to realize this had been happening for years with our Mother even though the signs were in front of us all along. The first response of my family as a unit was to reject the truth and the messenger (me). This added many problems to the battle.

I know what it’s like to feel completely alone in despair and confusion as addiction is raging through a family like a 10-alarm fire.

In the first few years of it, I truly believed I was on the clock against my son’s death. I thought it was solely up to me to stop the problem. I took the fight for my son’s life on, alone, like it was the fight of my life. Until it began to devour me.

I finally handed him the fight and retreated for a week to rest my mind. My son ended up sleeping in a dugout that week, at the baseball park where he’d grown up playing little league baseball. He weighed less than I did. Excruciating.

However, this was the week that he finally took the reins of the situation he’d found himself in, booked a flight with what money he had left to pursue treatment and recovery in Southern California. He has been working a 12 step recovery plan for going on 5 years now.

My son relapsed early on, which taught me that going away wasn’t necessarily the answer (wherever you go, there you are), and that truly his recovery was up to him, not me.

That is when I began to pursue my own recovery from the trauma, the absolute primal fear I lived in and the brutal codependency I entered into alongside my son’s struggle.

Often, family and friends adjacent don’t realize that they become as sick (if not sicker) as the struggling, addicted person they are affected by. The message of the books and articles I write is for them (us).

I have spent the last five years working on my own recovery, intentionally doing whatever it takes to settle down, heal, maintain peace, grow, and extend (as well as ask for) forgiveness. That is what recovery means for me.

As a family we are moving forward in life as triumphantly as possible.

My passion is reaching out to tell others “you are not alone.” There’s hope, no matter how far gone your situation looks. A family can recover, from it all…and move forward. You can make a comeback, if you fight for it.

In fact, life can even open up and become better than before. I live to offer this hope. Hope is a powerful medicine.