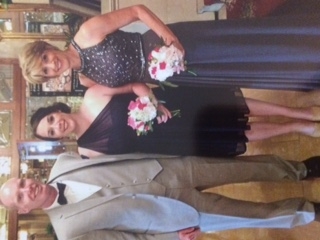 My husband and I are currently raising our soon-to-be 5 year old grandson because our daughter and his dad are both suffering from addiction. I'm not complaining about our grandson, because he brings us immeasurable joy and it will be a very sad (but happy!) day for us when our daughter is able to start caring for him full time by herself and he's no longer living with us. Thankfully, my husband and I are both still working and in good health, so we have the financial and physical means to do this with ease, though I know there are many other grandparents out there who don't have it as easy as we do. This horrific disease has certainly educated me on the opiate problem, but I've also gotten to know some really great and inspirational people that I would have never known before. I hope that I can be an inspiration for others as well!

I believe that where there's life there's hope and should I ever be in the position where there is NOT life, I would still advocate for more education about this horrible disease and the funding to eradicate it!