From Weekend Warrior to Recovery Warrior 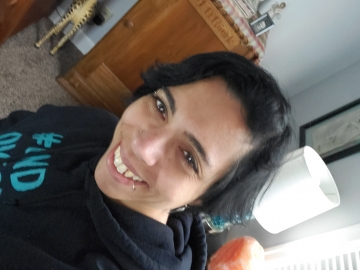 I was always a weekend warrior. I never met a bottle I didn’t want to swim to the bottom of, or a drug that I didn’t want to sample, twice. But some how or other, life always conspired to keep me from getting truly out of hand – from my late teens all the way through my late thirties. That is, until 2012, when my partner and I tried to expand our family – and I had a devastating miscarriage.

The miscarriage, and the surgical procedure that followed, caused me to sink into a severe depression, and eventually I developed unexplained chronic pain throughout my body - which my many docs obligingly medicated with Costco sized bottles of stronger and stronger narcotics. After a year and a half of this mysterious, undiagnosed pain, I was eventually diagnosed with fibromyalgia and chronic fatigue syndrome. The second I received my diagnosis, the refills stopped –doctors explaining that “narcotics were not the treatment of choice” for my newly diagnosed illnesses. Cut off abruptly, I suffered severe withdrawals and became desperate. (Un)fortunately for me, at that time, my mother was living with us, in the final stages of COPD and dementia and her own chronic pain, and a constant supply of oxycodone, morphine, and fentanyl patches. I justified it as only using her “leftover” medication any time they switched her dose, which seemed to be weekly.

This was clearly not sustainable. I spiraled out of control quickly, taking more and more, until my pill popping became glaringly obvious to everyone - landing me my first stint at rehab by 2014. And I stayed abstinent for a while, by acting out instead with my eating disorder (anorexia) which landed me in another treatment facility just a few months later. And that’s where I met Em.

Em was short, smart-ass, and didn’t take shit from anyone. She was also an addict. I loved her instantly. We became fast friends, bonding over our shared experiences, and when I was released from treatment 3 months later, I promised to stay in touch, and I did. Months later, she called me frantic – she had been living with a boyfriend who abused her, and she’d relapsed with him. Of course, I took her in to “help”. But it took less than two months before we were undeniably a couple. And less than a week after that, she offered to shoot me up – the one place I’d never thought I’d go. And I didn’t even pause before saying yes.

It was instant. She stuck that needle in my vein, pushed the plunger, and 30 seconds later, I was a junkie. I believed I had found the solution for all my life’s problems, the greatest high possible. So, we did it again the next day, and then the next. A week after I’d first tasted street drugs, at age 46, I became a crack cocaine and heroin addict.

Life became nothing but using. My job went neglected and was eventually lost. Apartment rent went unpaid and we were eventually evicted. Groceries went unbought and only came home when shoplifted. My daughter went neglected and learned to fend for herself. All we did was get, use, crash, repeat. Overdoses happened – usually to Em. And after a few days in the hospital, she’d get out, and we’d start right back over again. We stopped heroin, deciding it was too dangerous. But we kept banging crack, in larger and larger amounts, daily, doing anything, up to and including selling ourselves, to get our fix. And that pattern was the way I intended to live life forever.

And then, in August 0f 2016, my father died. He left me an inheritance. As soon as I had cold cash in my hand, we were able to sign the lease on a new place in the hood. We decided to start life fresh in our new place – no using, the straight life – starting September 1st. So on August 30th, we had to have one last hurrah. We partied all night. And by 4 AM, Em pushed the plunger for the last time. She collapsed, seizing, and started foaming at the mouth. And by 5 AM, surrounded by EMTs on my living room floor, Em lost her life to the disease of addiction. And I lost everything.

Seven months later, in a 12-step meeting in the basement of a church, I raised my hand, took my last white keytag, and surrendered. I surrendered to the fact that, unsuccessful in killing myself or escaping the nightmarish grief that had swallowed me up the last seven months, I needed and wanted help. And I walked into recovery.

From the very beginning of my recovery, I knew that a huge part of my recovery, and my purpose in life, needed to be to make meaning out of losing Em. I had to do something with my life, something to help others who were going through what I had, something to help others like her not end up with her fate. By going through treatment, it became clear to me what my path needed to be. I had always been obsessed with art, and now I knew I could use it to help others if I went back to school and became an art therapist.

I’ve spent the last three years on a journey of self-discovery unlike anything I could ever have imagined. Through the community and love and support and tools of the recovery community, I’ve found myself, and my purpose. I’ve taken one small step after another, and looking back, I’m astonished to see the miles I’ve walked, and all the footprints that have walked beside me. Today I’m a CCAR-trained Recovery Coach, and a State of WI Certified Peer Support Specialist. I work with addicts just like myself, ones trying to figure out their own path to recovery, and I offer them hope that it’s possible to find a way out of that life. I advocate for myself and them in the local community, and I’m learning about advocacy on the larger political scale. I’m back in school and working my way toward a master’s in art therapy. I’m happily engaged to someone I met in the recovery community and we’re planning our wedding for next year. My life is so normal, yet so extraordinary. I owe every single good thing in it to recovery. And I’m never going back.

We are a huge constituency of people in recovery. We are here, we are recovering, and we have a voice! And no matter what stage of recovery we are at, no one, not one of us, is beyond help. Not one of us is beyond redemption. And none of us deserves to be abandoned in the hours of our greatest illness, when we are our most hopeless. Everyone deserves recovery. If we band together, our voice can be so loud, it can bust through any ceiling above us and bust any stigma around us. Together, we can change this world. Together, we are shatterproof.