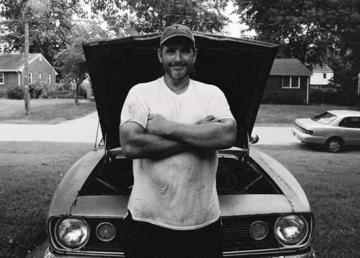 Wow, only 1000 words for this section? Let's see... His smile. His hands. His hugs. His laugh (and especially the specific laugh he had for when someone did something embarrassing). Watching him work and having him teach me how to fix a car or use a certain tool. His grunts when he'd get out of a comfortable chair. The way he'd say "yowza!" all high-pitched if he cut his finger or got a splinter.

Bookmark this
Photo submitted by
Kevin
Tell us about your loved one.

Ken Zerbe, my father, was a strong, proud, hard-working man. He valued honesty more than anything. He also valued privacy. He was truly brilliant with his hands, and could build or fix anything. A real genius that way. He was also a sweet and loving person, but never hesitated to stand up for himself or those he cared about most. He was hilarious, with a dry and goofy sense of humor. He was the type of person who was incapable of sitting still. Even into his mid-50s, he had more energy than folks half his age. More than anything, he loved my sister and me, his dog, and his work.

Tell us about Ken's struggle with addiction

My dad's struggle was something that built really slowly over time. Coming from a rough childhood, he was never really given the skills he needed to cope with the many losses and hard times he was dealt. And he was way too prideful (and stubborn!) to admit when he needed help or when he had a problem. When his wife passed away in 2013 of issues related to her own addiction, he fell hard into a severe depression. I still don't know all the details of the last couple years of his life, and probably never will, but I know he found heroin at some point. In November of 2014, my sister and I led an intervention with him after finding evidence of his heroin use in his apartment and he vowed to get clean. And he did. He was clean for a few months. The last time I saw him was on his birthday, January 27, 2015, and he looked brighter and healthier than he had in years. Unfortunately, he relapsed in early February around the anniversary of his wife's death. Looking for an escape, he found the heroin that would end his life.

What made Ken smile?

My dad would smile at lots of things. He was smiling more often than not throughout most of his life. For example, when I would laugh at his dumb "dad jokes" (he was always surprised I found him funny). When he finished a job and could step back to look at his accomplishment. When we would watch Tombstone together and quote the entire thing. When he was on his boat. When he was listening to music. When he was with his dog, Jewel. When we would poke fun and rib each other. When he could have all his family and friends over to his house for a cookout. When he would watch us open our gifts at Christmas.

What do you miss most about Ken?

Wow, only 1000 words for this section? Let's see... His smile. His hands. His hugs. His laugh (and especially the specific laugh he had for when someone did something embarrassing). Watching him work and having him teach me how to fix a car or use a certain tool. His grunts when he'd get out of a comfortable chair. The way he'd say "yowza!" all high-pitched if he cut his finger or got a splinter. His lessons in life and the serious tone he'd use. The way he'd say "I'm so proud of you kids" when he was talking about my sister or me. The brightness in his eyes when was truly happy. The way he'd hesitate to give me a hug if he was sweaty from working all day (but would anyway, of course). His love for Diet Dr. Pepper, Dairy Queen Blizzards, and banana flavored popsicles. How he'd work-in Seinfeld and random movie quotes into his everyday speech.