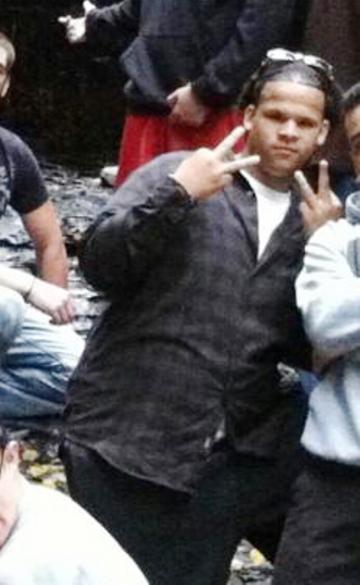 His smile I miss his laugh I miss his overall kindness to me and anyone he knew. He just wanted to be loved he always had it but it was too late for him to figure it out....I miss him

Bookmark this
Photo submitted by
Wendy Smith
Tell us about your loved one.

Nick was handsome, caring and just loved to make people laugh. He was a jokester. He loved music. He loved singing (always wanted to be on American Idol) He was just a great kid and just loved his family and friends

Tell us about Nicholas' struggle with addiction

Nick was troubled from early childhood. My boys are almost 10 years apart so of course when my older son became a teenager Nick wanted to be like him. I had it rough had my first child at 20 had to finish school get a job and take care of a baby. I did that but when Nick came things changed I didn't do all the first things MOMMIES do when your first child came along I didn't do the pic thing or the vacation thing I just went to work and that was it. But Nick struggled with being the younger sibling he wanted to be like his older brother. So he started acting out skipping school finding ways to get in trouble. Stealing cars, breaking into houses you name it my son did it. Being in Jail numerous times and rehab early did not matter he just wanted to come home. Kids Escaping Drugs helped out a lot he did the program and graduated he took his GED and scored very high. But he met a girl and she gave him drugs after being clean for more than one year and he overdosed. She is now in jail and when she gets out I am going to beat her ass cuz she will be of age. I know I am angry but I am so dam mad.

What made Nicholas smile?

Nick loved to sing draw hang out with his friends mostly girls but there was Joe who was his best friend (who just passed away this year almost 1 week before my sons year anniversary. He like to play jokes, play video games and his NEPHEW AJ was his heart.

What do you miss most about Nicholas?

His smile I miss his laugh I miss his overall kindness to me and anyone he knew. He just wanted to be loved he always had it but it was too late for him to figure it out....I miss him