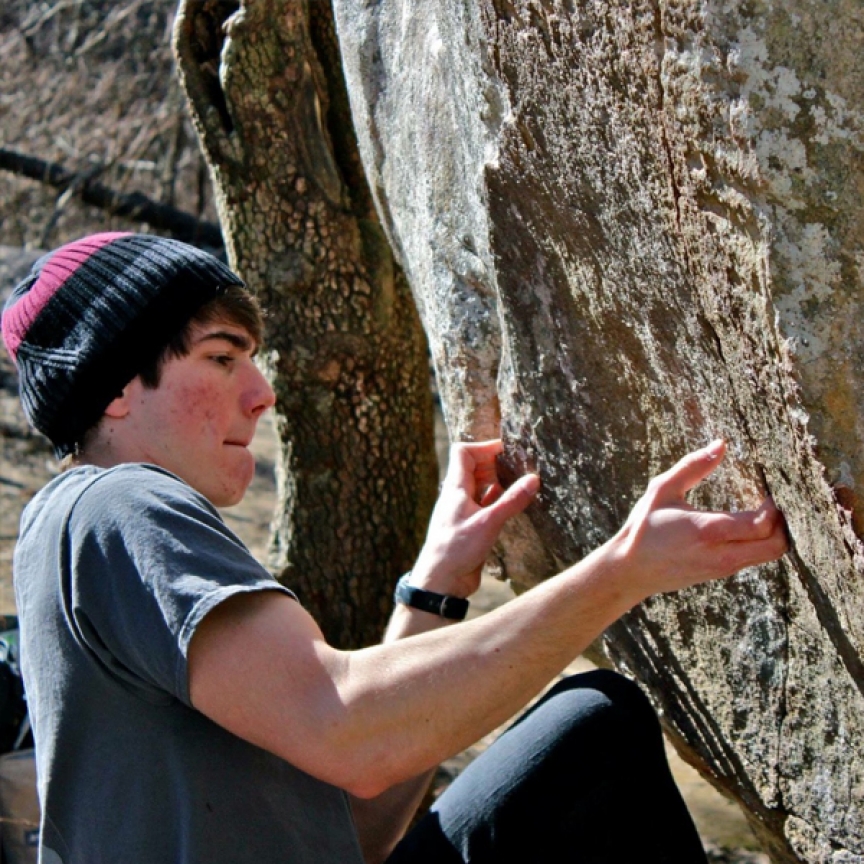 Andrew was born to climb, whether it was scaling the refrigerator when he was a toddler or the side of a mountain when he was 20. On the annual Thanksgiving hike or the 4th of July race, he flew. As a boy, backpacking in Colorado with family, and all over the southeast with just his dad, Andrew was at ease in the woods. Snowboarding was one of his greatest loves, especially the long runs at Whistler. So was Cape Cod; playing in the ocean, riding bikes on the canal, and building bonfires with his Bostonian cousins.

Drew was intellectual, philosophical, and creative. He was a deep thinker, although few knew it. He was widely read and loved science fiction, particularly Lord of the Rings and Star Wars. He embraced diverse music from country and rock to alternative and rap. He got in trouble at preschool for singing a line from Johnny Cash’s Folsom Prison Blues. He thoughtfully chose Christmas gifts that were quirky but perfect. He collected souvenir pins from places he or family traveled. He wanted to see the world, especially if it could be on a motorcycle. He was daring in the kitchen and hoped to be a chef. Growing up, Drew lamented that he was the only boy in America without a dog. Goose, a pointer-beagle mix, recently came into his life, and he was able to enjoy her unconditional love and wet kisses.

Drew was a great son, brother, grandson, cousin, and friend - he laughed and cared - he was a remarkable young man. He spent the last four years wrestling addiction and the onset of mental illness. We didn’t understand it, we fought it, and we fought each other. Finally, Drew couldn’t fight any more and heroin stole him. We are grateful he came home - as hard as it was to find him, we were able to know where he was and be near him. Addiction is an abominable disease and drains the life from all it touches. Mental health disorders are misunderstood and often feared. We want to honor Drew and give hope to families who are navigating addiction and mental illness, especially behind closed doors. It is too big and hard to face without hope.

We are grateful to have shared his journey for 21 years.

Submitted by: Colleen Donaldson To edit this memorial, please contact us at info@shatterproof.org or 800-597-2557.