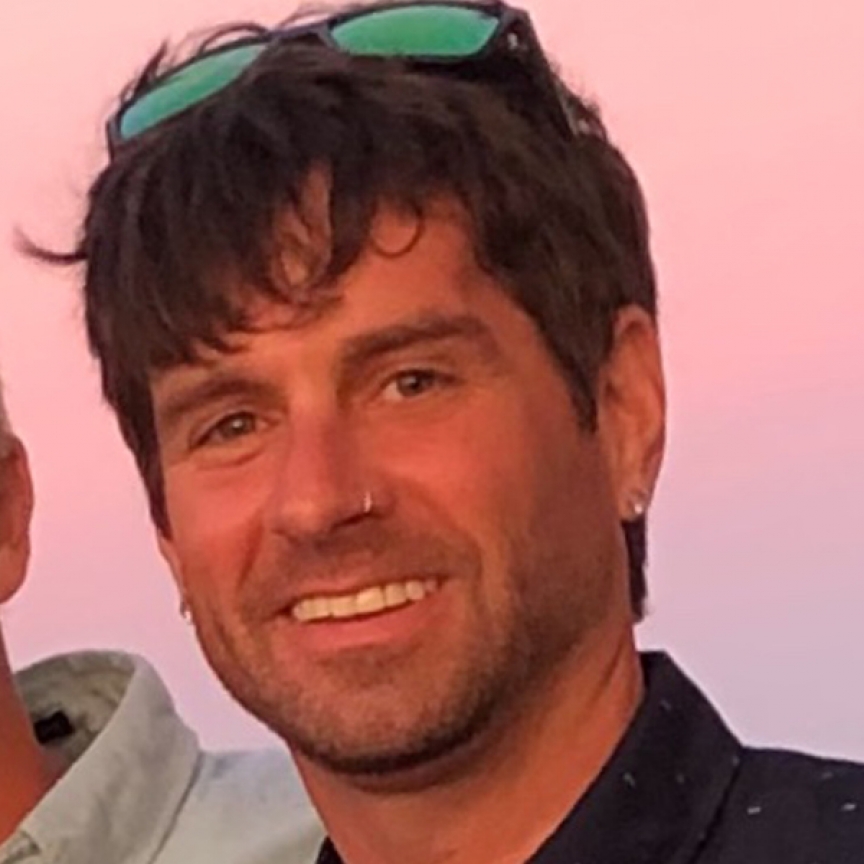 His friends all knew him as “Dee”, “D-Double” or one of the many other nicknames he took on, but to his family he was always “Bryan”. Whatever he went by, he never knew a stranger. His signature smile and a handshake was all it took. He had such a charming personality and was fun to be around. People gravitated toward him.

Bryan was always ready for his next adventure. He enjoyed snowboarding in the Rockies, surfing the west coast, wake boarding in the nearest lake, and kayaking the nearest river or stream. He ran, rode a bike, and even did yoga. While out and about, when he came across street art, he always stopped. He had an appreciation for this less traditional form of expression. Often he would snap a photo to share on Instagram or send to a friend he thought might enjoy it.

Bryan was a kind, caring person. He had a good heart. He considered himself blessed for the life he lived and the chances he was given. Although he was taken too soon, those who have been left behind feel blessed to have known him.

Submitted by: Megan Fisher To edit this memorial, please contact us at info@shatterproof.org or 800-597-2557.