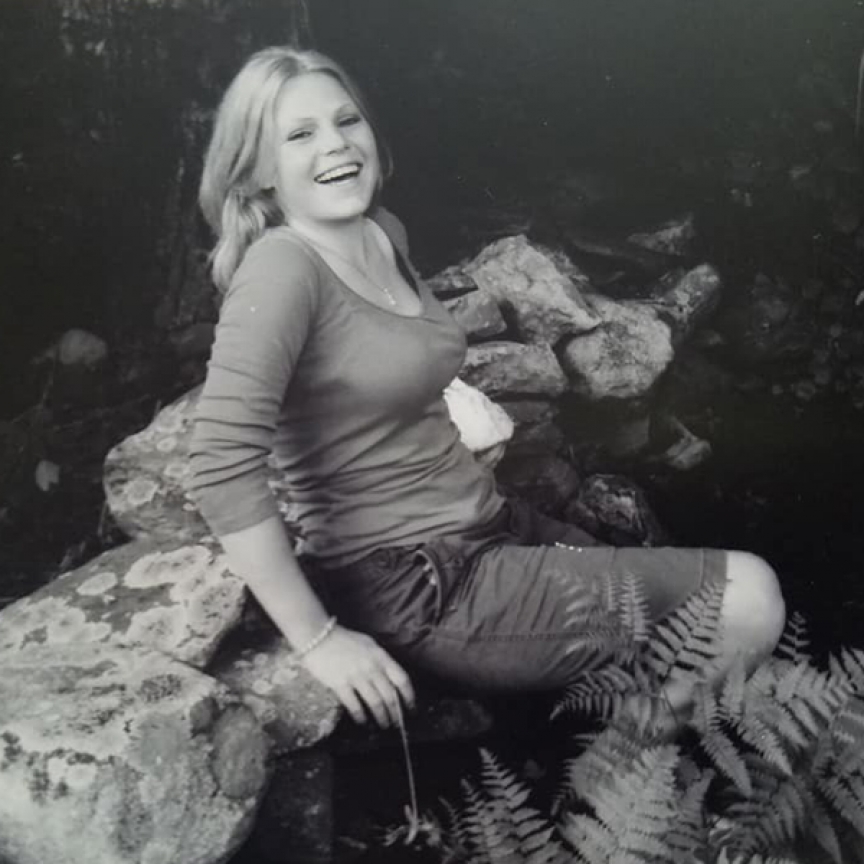 Christine was energetic, dynamic, and had a magnetism that drew people to her. She was positive in spite of her very hidden troubles. She loved making people laugh. She was beautiful and kind but she was troubled by some kind of internal "demon." She was a great skier; she was artistic and smart. She loved her family, especially her younger sister. She also had trouble staying focused as she became a young adult. She enjoyed nothing more than making people laugh. She also enjoyed the high that came with risk taking and that later meant using drugs and entering bad relationships. She became addicted to opioids and hid her addiction very well for a while. After several attempts at detoxing, she became sober, for less than a year. It was looking positive. She looked like herself again. Her smile was back, her glow was back. She struggled and really wanted to make it but we eventually lost her to a fentanyl overdose. The day before she died, she spent the day with her son, had dinner with her family, gave her son a bath, told him a story, put him to bed and then spent some time with her younger sister before going to bed. I had kissed her earlier, told her I was proud of her for taking on the struggles. Still, I had an instinctive fear that she was using. I asked her if she was and whether she was still going to her meetings. She said she was, and not to worry. Nevertheless, I did. Early the next morning I went for a run with friends and was just headed into the driveway when I was met by my younger daughter Emily and my grandson, walking quickly down the driveway. They were headed to a neighbor's house but it was obvious that something was wrong. While my grandson was bouncing and smiling, Emily's face was pale and stoic. My grandson had no idea what happened and my daughter was making sure it stayed that way. As she passed me in the driveway, though, my daughter said quietly "You need to get in the house now. Mom; it's Christine." I ran to the house and my husband told me she was already gone. He found her body on the bedroom floor. She was already cold. She'd overdosed. Christine lost the battle. Sixteen months later, we understand the grieving will change but never go away. Some days it's worse than others; some days it's just a huge empty hole in our hearts. I miss her voice but I still clearly hear it. I wish for her to come visit in a dream. I still see her smile so clearly and I thank God for our grandson, who has so much of her within him.

Submitted by: Eileen Warren To edit this memorial, please contact us at info@shatterproof.org or 800-597-2557.