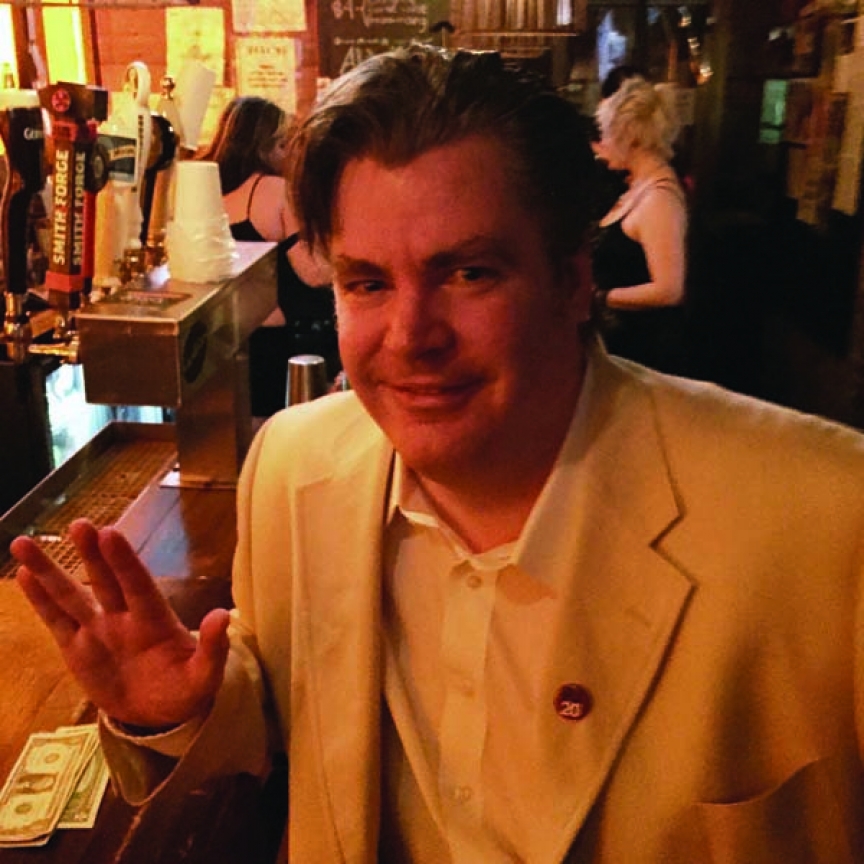 Christopher was a singer, songwriter, graphic artist, and a complicated person. He loved family and traditions. He was easily upset and suffered from depression and anxiety. He was a great help to many friends who struggled with the same things but had difficulty controlling his own. He didn't realize what an amazing person he was. He was an adorable little boy who sang and acted in community theatre shows and did well in school. The third of three boys, he was my baby!
As an adult, Chris wanted to make an impact in the music world. He was in several bands as the lead singer songwriter and enjoyed moderate success. He taught himself to play guitar, harmonica, piano, and immersed himself in music. It was his passion. He was also a successful graphic artist who had a great gift for design. His addiction to heroin made his success fleeting. He struggled long and hard with it. Whenever he would slip back he would immediately seek help but he would always slip back. He hated that and sometimes hated himself for it and it made him difficult to understand.
He had a wicked sense of humor, dry and sometime cynical but whatever he said was accompanied by a sly smile that made you laugh. He had beautiful blue eyes and his last song he wrote was "Blue Eyed Sun" with a play on the words sun and son.
He was loving and sometimes too loving which made him hurt when others didn't love him back in the same way. He gave the most creative well thought out gifts to people. He saved and chronicled a lot of the family memories even secretly recording the entire family singing Christmas songs one year and then giving them out as Christmas gifts the next. I miss him more than I can possibly say.

Submitted by: Karen O'Donnel… To edit this memorial, please contact us at info@shatterproof.org or 800-597-2557.