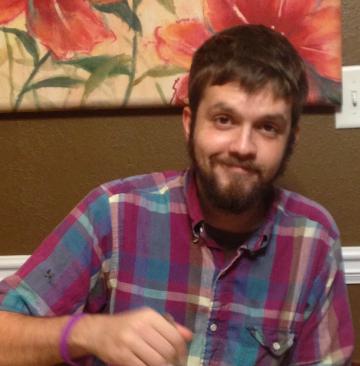 Dustyn was a kindred soul and worked deligently for equality for all. He was a talented musician and extremely intelligent. He felt the hurt of others and believed in saving the earth.

Bookmark this
Photo submitted by
Tracy Archer
Tell us about your loved one.

Dustyn was a loving son and brother. He believed in equality for all and he was attracted to the strange, unusual, and, to him, interesting. He understood things that most people struggle all of their lives to figure out.

Tell us about Dustyn's struggle with addiction

He began using around Oct. 2015 and he went to rehab in May of 2016, after losing one of his best friends to an overdose. He stayed in rehab through Sept 2016 and he relapsed and accidentally overdosed only 3 weeks after he was released from rehab. He had just found another sponsor and was to meet with him for the first time the day after he died. He stated his first sponsor "was too busy to there for him." ?

What made Dustyn smile?

His family and friends and most of all, his sister. Good music and hanging out with friends at music festivals. Musical healing with his scymatics invention.

What do you miss most about Dustyn?

His hugs, his smile, and his music.