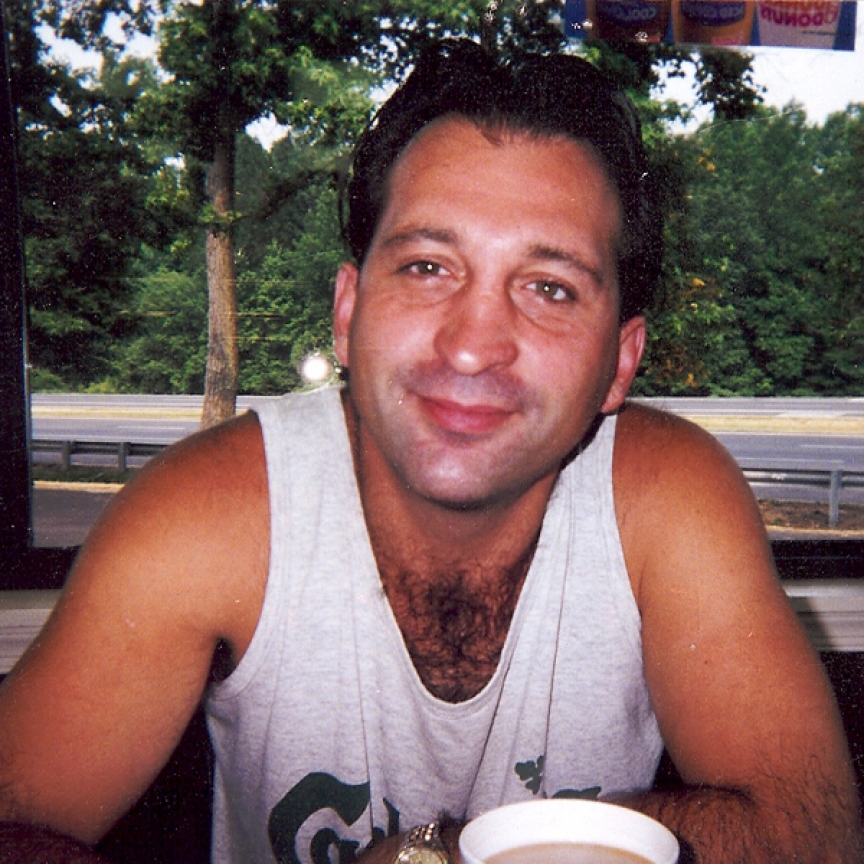 Birth Date
May 1, 1968
Date of Death
Dec 13, 2007
(Age 39)
My son, George David Maras ("Georgie"), was my only child, and an addict for 25 years. He was my entire world, and I miss him every minute of every day. He began drinking and smoking pot when he was 13 years old, and escalated to heavy cocaine use by age 15. He was in and out of rehab numerous times, but always relapsed. I saved him many times by sending him overseas to family members. He traveled extensively, and would do well abroad, but always returned home to the same neighborhood. In later years, there were drugs to be found in the countries he would be living in. He was later diagnosed as bipolar, which exacerbated his drug abuse. The drugs would exacerbate his bipolar illness. A car accident in 2002, driving stone drunk, left him with numerous injuries, including a traumatic brain injury. However, Georgie and I shared many beautiful. fun times together during the periods when he was not getting high. These are the moments I focus on in my grief journey. Georgie loved children and loved animals. The children he took care of babysitting are now adults and remember him fondly, with love. Georgie also loved sports and watched football, baseball and basketball every season. He was a wonderful chef, whose delicious cooking could be detected before walking into the apartment. He even created his own secret sauces. At a young age wanted to attend culinary school, but couldn't raise the funds. Georgie was also brilliant in math, and could calculate instantly without using a calculator. He could have been anything he desired, had it not been for the drugs. He fell in love several times, the third time winding up in engagement. Unfortunately, his engagement ended as a result of a manic bipolar episode. His former girlfriends, however, still remember him with love to this very day. Georgie was special, not because he was my son, but because he had so much to offer. All has been lost, as I try to keep his memory alive as long as I can breathe.
Submitted by: Anthony Della Camera To edit this memorial, please contact us at info@shatterproof.org or 800-597-2557.