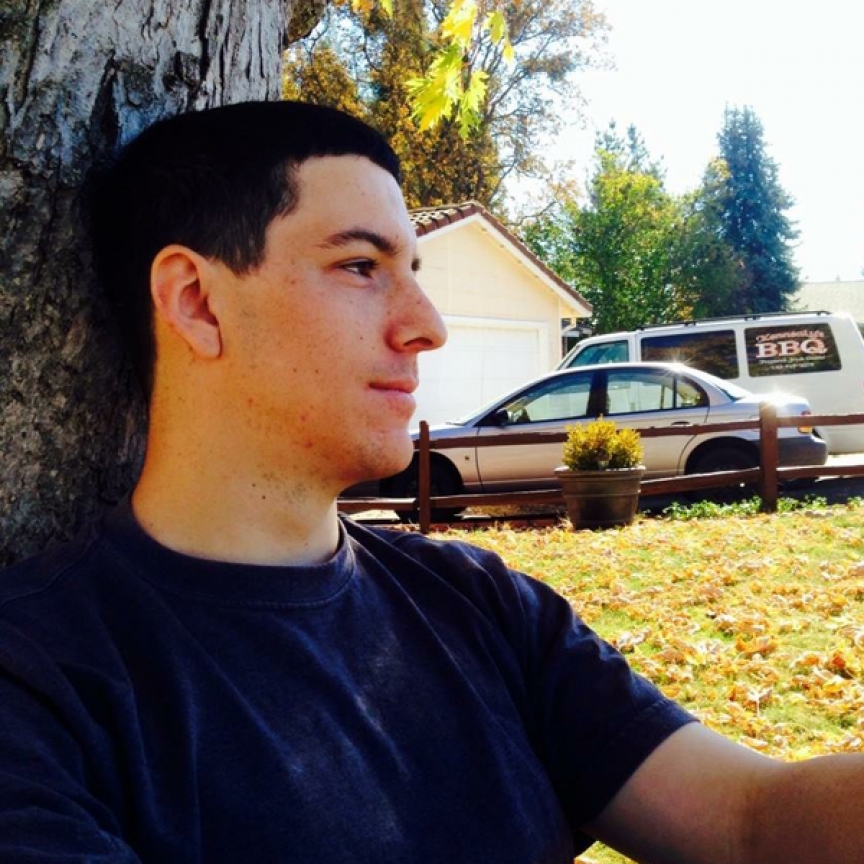 Hunter was the oldest of my three. Our family lived in El Dorado County-Half way between Sacramento and South Lake Tahoe. It was a great place to live and raise kids. Mountains, rivers and lakes. Hunter liked to enjoy all the fun things to do there. He was very funny and quirky. He was smart and had lots of talents—he loved skiing, skateboarding and dirt biking at Hangtown Dirtbike track. He became a certified scuba diver on a family trip to Mexico. His Grammy and he went to London when he was 14. He flew to Tacoma to drive his sister back home. He always wanted to get his pilot’s license but I think his anxiety got the best of him. He loved cars, especially the expensive sports cars and knew everything about them. He was very handsome and had lots of friends. He never had a real girlfriend and I think it was because he was too shy. He had a good upbringing with loving parents and extended family. I think he just never felt “right” and drugs gave him that pleasure. Experimenting with Oxycontin someone stole from their Grandma's medicine cabinet. It all ended so sadly the day after his 25th Birthday. He and I had dinner the night before. I just don’t think he cared at that point. His Dad found him and I’m sure will be haunted forever by that. I know now Hunter is not suffering and we will be together again.

Submitted by: Holly Wade To edit this memorial, please contact us at info@shatterproof.org or 800-597-2557.