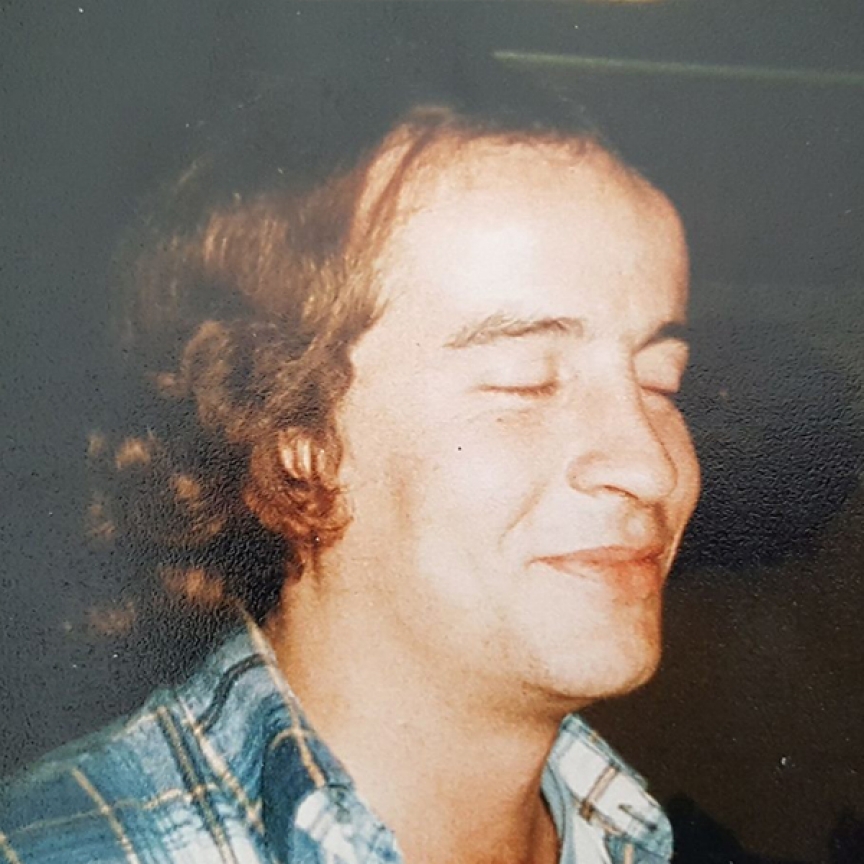 John was born curious and thoughtful to a hard-working single mother. At five years old he made reading the newspaper a part of his morning routine. At 14 he began boxing competitively, winning several local tournaments before graduating high school. He overcame poverty and severe trauma as a child, determined to live a life of both contentment and rich experience. He joined the Army and spent most of his free time traveling Europe. After two years of honorable service, he returned to his hometown of Denver Colorado. He became a tradesman, working for public and private organizations before starting his own successful business.

John seemed the happiest on warm, peaceful afternoons in the company of a few close friends. He was genuine, humorous, engaging, and sharp-witted. He preferred to communicate with clever jokes and sarcasm. He could intentionally offend you and leave you feeling amused by his delivery. He also held a deep yet private appreciation for beauty. He enjoyed the arts and took time to appreciate the natural beauty of the world around him. His favorite person was his mother who he spoke to on the phone every night.

He also loved and raised two children, dedicated to giving them the love, stability, and opportunities he never had. He was denied a relationship with his third and youngest child until she was a teenager. Because he had grown up without a father, the pain of not being in her life was devastating. After reuniting with her, he quickly worked to build memories and prove to her that she would always be loved and supported.

He worked hard and with integrity. John was skilled in his trade and he was staunchly honest when conducting business. He would only work for organizations that demonstrated similar values, offering quality and honesty. Although he valued money, he would never sell his dignity or integrity. If a company was disrespectful or dishonest to workers or customers, he would walk away. By keeping a simple yet comfortable lifestyle, he never had to compromise his values. Eventually, he started his own business, which gave him a deep sense of pride.

A nice home for his family, honest work, independence, and porch to enjoy the sunshine and good company; John was proud of the life he built. He defined his success, worked towards it, and was satisfied. However, substance use was his primary way of coping with the pain and trauma he had to overcome. John struggled with addiction for decades, but most people did not recognize the severity of his condition until his body began to deteriorate. His family tried to support him, but they did not completely understand the available treatments or the cognitive changes that he had experienced. We watched in agony as he slipped further away. Cherishing the good moments and coping with the bad. One day he did not greet the sun on the porch with his newspaper and cup of coffee. He was gone.

The years of struggle and the loss were incredibly painful for my family. My coworkers and friends knew my dad was sick and they wanted to be there, but the stigma of substance use disorder made it difficult for me to talk about it. It was isolating and hopeless for everyone involved. I am no longer feeling shame, I am so proud and grateful to have been raised by this man. I just wish I would have known how to help him when he got sick.

Submitted by: Brittany Bartges To edit this memorial, please contact us at info@shatterproof.org or 800-597-2557.