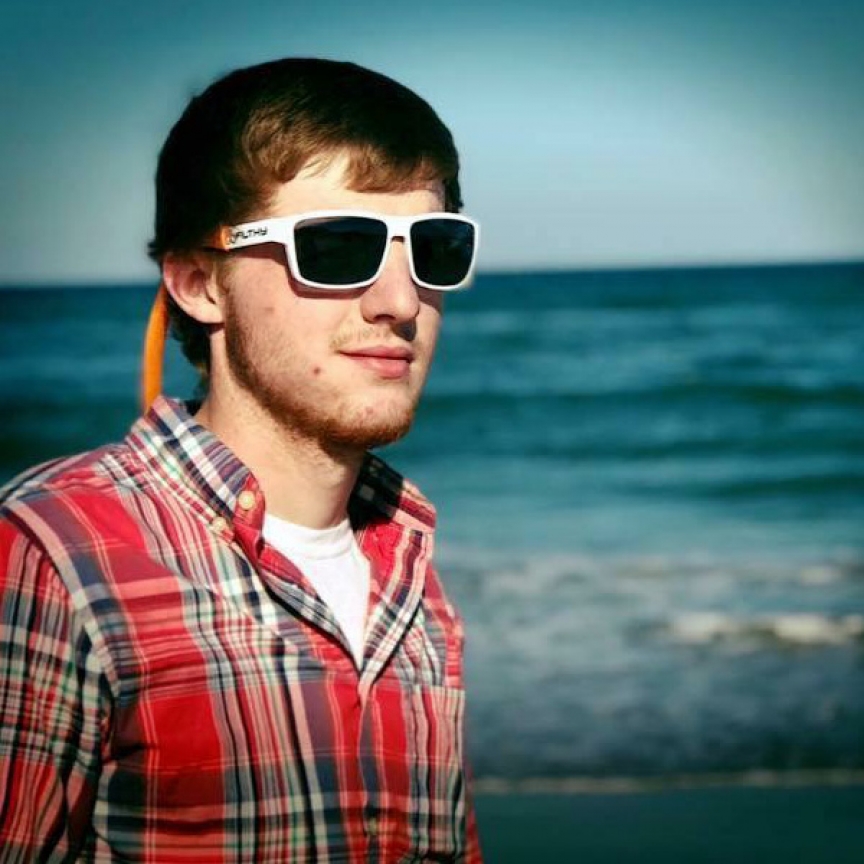 Jonathan William Ledbetter, 19, died Friday, Nov. 10, 2017, at Carolinas Medical Center in Concord. A native of Cleveland County, he is the son of Joel Ledbetter and Jane Marsh Ledbetter, both of Shelby. Jonathan graduated from Crest High School in 2016, was a member of Flint Hill Baptist Church, and a former member of the Shanghai V.F.D. He had many passions in life, but his true love was hunting and fishing. Jonathan struggled with opiate addiction that started in his mid-teens, but anyone who knew him knew there was more to him than his addiction. We, as a family, share this openly in hopes of saving others from what has happened to Jonathan.
Jonathan was preceded in death by his grandmother, Jeanette Marsh.
In addition to his parents, he is survived by his brothers, Justin Ledbetter of Winston-Salem, and Jordan Ledbetter and wife Jessica of Shelby; grandparents, Leon and Gertrude Ledbetter of Shelby, and Bill Marsh of Clarkton, NC; his girlfriend, Izabell Moore of Shelby; aunts and uncles, Rusty and Gail Marsh of Clarkton, NC, and Crystal and Keith Biddix of Shelby; and cousins, Josh Biddix and wife Scotti, and their son Mason, Kelly Anne Mize and husband Jimmy, and their son Lane, Billy Marsh and wife Emily, and Allie Marsh.

To bring awareness to addiction, memorials may be made to, Shatterproof, 101 Merritt 7 Corporate Park, 1st Floor, Norwalk, CT 06851.

Jonathan Ledbetter was a country boy who loved to fish, hunt, and anything to do with the outdoors. He spent a lot of his teenage life around friends that he had since middle and elementary school until his addiction began consuming his life around age 17-18. He began hanging out with people who were using drugs and wasn’t the influences he needed. He thought these were his friends, regardless what anyone could tell him. He attended several rehab programs without success and was currently working on an application for a long term rehab the week he overdosed chewing on Fentanyl patches.

Addiction doesn’t discriminate against who it grabs hold of. All it takes is the one time to use a drug and it can grab hold of your life and shatter it. Unfortunately for Jonathan, the negative influences all seemed to come around when he was at his weakest points and he would start another downward spiral. I commonly hear people say “addiction isn’t a disease”, “they got what they deserve”. Let’s just hope that addiction never strikes one of their loved ones in their household, those are some big words to eat. I never would have dreamed in a million years I would lose my little brother to an overdose. But listen to me: it can happen to ANYONE.

Life will never be the same for my family. We will continue to miss his smile, sense of humor, and his muddy boots always in front of the door. Please take it from my family. If you are watching a loved one with an addiction, or think they have one, intervene before it’s too late. Research signs of your loved ones addiction, they will be there. One overdose is all it takes to shatter the hearts of a family forever.

Submitted by: Jordan Ledbetter To edit this memorial, please contact us at info@shatterproof.org or 800-597-2557.