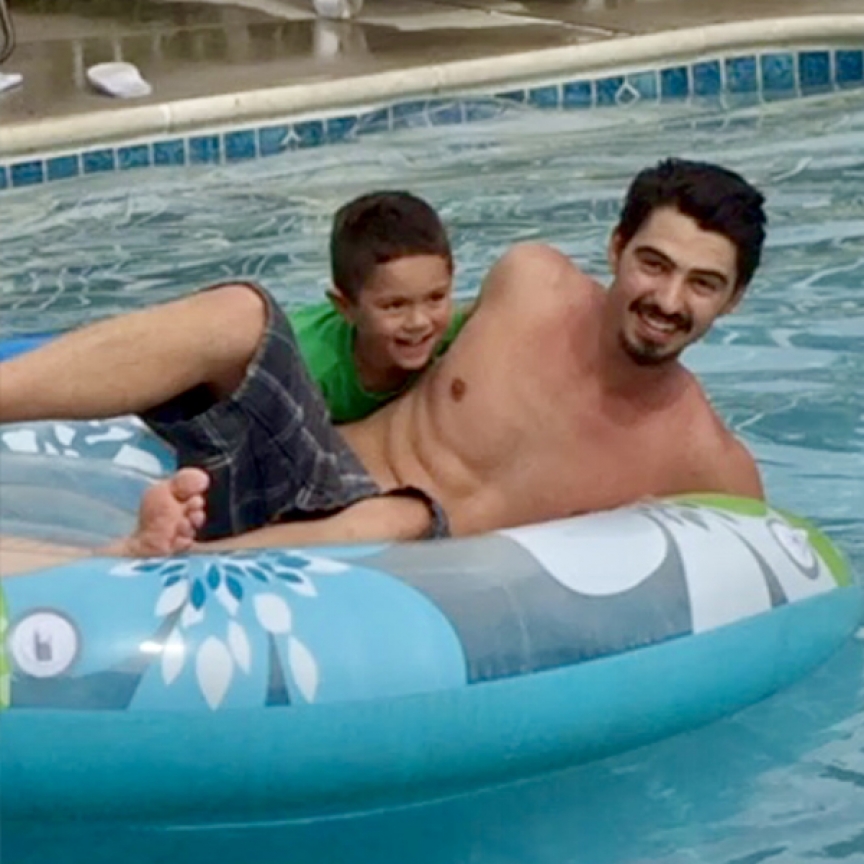 Logan is my cousin. He was just 25 years old this past August. He lost his girlfriend just two weeks before his own death. He tried so hard several times to beat addiction. He had a hard time growing up in school due to severe dyslexia. Despite that he was amazing since birth. He could do so many things others could not. He could fix anything. He could make anything. He would do anything for anyone. He loved kids so much and I was blessed to have him in my sons life for 6 years. It never mattered how he felt that day if he saw my son he dropped everything and played with him until we left. My only regret is not doing that more. His smile was infectious. He was that great person who would call out of the blue just because he missed you and needed to check In. He was so adventurous and talented in so many ways. He could skateboard and dirt bike ride and anything you threw at him. He was the most caring person you’ll ever meet. And no matter what path you choose he made sure he didn’t judge you and was simply just there for you. He loved animals so much. Watching him with his doggy was just pure love. Him being gone has made an impact on so many. He is thought of constantly and missed by so many. I know he’s happy,healthy, and free. I know there will be that day I get to hug him again.

Submitted by: Lisa Fils To edit this memorial, please contact us at info@shatterproof.org or 800-597-2557.